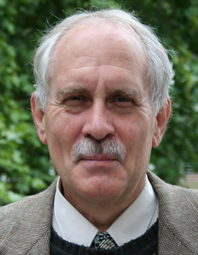 Moments of the Text: an Interdisciplinary Approach to the History of Language Use in the Malay-Indonesian Archipelago

With a history of written literacy that extends as far back as the 5th century, and several performance and oral-literary genres that preserve ancient language practices through a continuing commitment to "verbal art", the Malay-Indonesian archipelago represents a rich storehouse of textual materials. These multiple traditions have not passed unnoticed in the world of scholarship; yet there has been a tendency in recent years to devalue the philological enterprise that is the indispensable foundation of an understanding of textual materials in literary languages and the complex sedimentations of generations of oral-literary practice
that are characteristic of performance genres like the "shadow theater".
My project aims to lay the foundation for a reinvigorated study of the textual history of the archipelago by making use of recent advances in sociolinguistics and linguistic anthropology. I plan to investigate how textual artifacts are indexed to social fields that constitute the historical contexts of textual production. I assume at the same time that social fields are produced in part through textual activity itself, and thus that a study of textual history can lead to new insights in the social and historical sciences.
A sociolinguistic study of the archipelago cannot be separated from a continuing history of linguistic encounters with globalism, whether the globalism of the ancient Sanskrit ecumene, the Islamic trading states, colonialism or the transnational regime of modernity and development. It can thus elucidate a wider field of cultural encounters whose understanding may play a useful role in understanding how ancient modalities shape emerging discourses of "modernity" and "tradition" in insular Southeast Asia.

I describe my current work under the term "textuality", in this intending to suggest a wider field of enterprise that includes the study of literary history, but attempts to incorporate the insights of linguistic anthropology and sociolinguistics into the study of the complex sedimentations represented by textual artifacts. By using this term I also hope to avoid dichotomizing the domains of literacy and orality, or - far worse - associating written (especially alphabetica) literacy with the rise of 'civilization', a tendency that has been a curious legacy of the otherwise brilliant work of Ong (1976) and Goody (1977). At the same time I hope to retain the advantage of the "noetic" form of analysis developed in the work of writers like Ong and Goody, and thus take advantage of the strengths of an analysis based on an understanding that orality and written literacy are often structured very differently, and so cannot be critically observed without refashioning some of our basic equipement of textual analysis. In my work I use the term "textual economies" in order to trace the relationships and differences between oral and written modes of human communication, and I focus my study on the long interaction between these two modes of discourse in over a millennium of interaction in the Malay-Indonesian archipelago. This allows me to view particular textual sedimentations in their relationship to performance practices and the field of "literature as performance" that are a hallmark of many societies of the archipelago.

My paper addreses the question of how literary and visual images of the Javano-Balinese tradition reflect a millennium long development that has its roots in the period when India and Indonesia were linked in a larger transcultural network that many scholars now refer to as a "Sanskrit cosmopolis" or "Sanskrit ecumne". I take as a starting point a set of modern images that contrast (but also link) a human actor - the Sultan of Yogyakarta, fixed center of Javanese constructions of a traditional polity - and an article of material culture, a type of Balinese offering that function as temporary "seats" of the deities when they are invited to "descend" into their temples, the sites of their interaction with human society.

In order to arrive at an understanding of what I view as a set of shared assumptions about the relationship of visible and metaphysical realms of existence that links these two seemingly disparate forms of cultural expression, I turn to evidence from the formative period of classical Javano-Balinese culture and to a consideration of the Indian linguistic and aesthetic theories that had a profound influence on the "textuality" of this period, especially through the development of an indigenous Javanese poetics that drew much of its early inspiration from the courtly epics (kåvya) of South Asia.

Two directions that seem most promising in the effort to assess the impact of the Indian theorists on processes that were worked out largely through narrativization and poetic praxis in the Javanese tradition are the question of the "verbal icon" and the tradition of literary analysis (alaükåra-¢åstra) that grew out of M?måµså, a school of hermeneutics originally developed to account for the performative force of the injunctions of Vedic ritual.
While important instances of the "verbal icon" are prominent in works well-known to have directly influenced the development of Javanese poetics, the transfer of South Asian models of the poetic figure is inseparable from the evolution of the dominant trends in Javano-Balinese philosophical and theological exposition.

One of the most profound consequences of these early developments was the emergence of a specifial form of what Pollock (1996) has termed a "poetics of polity". During the period of the East Javanese dynasties (c. 928 - 1478 CE) this cultural complex linked political actors with a divine order through multiform "embodiments" that included rituals of appointment to political office (pratißha), "bride-seating" rituals carried out prior to royal marriages (pamiduduk) and rituals designed to ensure the apotheosis of royal actors in their post-mortem images (also pratißha). In the literary field (which was central, not peripheral to considerations of imperial power during this period) the poetic work itself, as well as the implements of writing, were similarly viewed as a nexus of interaction between metaphysical and human realms of existence, so that a poem might be spoken of as "being fashioned as a temple" (c-in-aø?y-akn) whose fitness in terms of form and content made it capable of serving as the temporary seat of a divine aesthetic presence.

While historical pressures meant profound changes to the societies of Java and Bali following the fall of the Majapahit empire (c. 1516 CE), this did not bring to a shared understanding of verbal and visual images as standing at the meeting point of divine and human forces, a nexus of the vertical plane of the divine, and the horizontal plane of human actions and institutions. These conceptions run "like a red thread" (seperti benang merah) through both the Javanese and Balinese traditions, thus providing a conceptual link between two societies whose majority religions, social ideals and cultural practices are otherwise in considerable contrast.

The medium is the message : chirographic figures in two traditions

Selected abstracts for papers on south and southeast Asian studies : 1988 - 2011

The body of the king : reappraising Singhasari period syncretism

Indo as other : identity, anxiety and ambiguity in 'Salah asoehan'

Blossoms of longing : ancient verses of love and lament ; translations from the Old Javanese