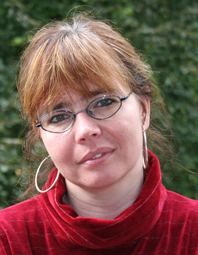 The American University in Cairo

Born in 1967 in Bevensen, Germany
Studied Medieval and Modern History and Islamic Studies (Arabic, Turkish) in Bonn, Cairo, and Freiburg/Breisgau

Conceptions of Monarchic Rule in the Muslim and Christian Middle Ages: The Ruler's Body in Egypt and the Roman-German Empire in the 11-13th Centuries

In historiography, the Arab-Muslim and the European-Christian worlds are usually both seen as well defined civilisational units, locked-up entities, each of them taking a specific role in the course of history. This project aims to make a contribution in the ongoing attempts to overcome the isolated cultural imageries of these areas by asking how a seemingly "universal" monarchic rule was con-ceptualised south and north of the Mediterranean from the 11th till the 13th century. In asking to which degree medieval monarchic rule in Egypt and the Roman-German Empire manifests a fusion of the "religious" and the "political", we tend to assume the application of two modern European categories. Although we cannot do away with these categories, critical anthropology and
postcolonial studies have shown the problematics of such use of categories. In this project, therefore, this problem shall be dealt with from another approach to the topic of monarchic authority: the ruler's body. Since Kantorowicz's study on The King's Two Bodies and further research on ritual, ceremonial and body history, the question of the ruler's body has proved to be a central key for our understanding of pre-modern monarchy. It is clear now that there was a long tradition of body metaphors for describing monarchic rule in both Christian and Islamic history.
In my study, I shall inquire how the ruler's body was perceived in two monarchies that both claimed to be universal within their Oikumene: Egypt (though during Ayyubid rule, the universal claim was suspended) and the Roman-German Empire. For the time between ca. 1050 and 1250, I will be looking at the dynasties of Fatimides, Saliens and Staufians.

The Body of the Fatimid Caliphs from a Transcultural Perspective

In my research project at the Wissenschaftskolleg, I am exploring a transcultural comparison of the representations of pre-modern monarchy (10th-12th century) in the Holy Roman Empire of the German Nation and in Egypt. The transcultural comparison, which sets phenomena from different cultures in relation to each other, is subject to the same methodological demands as other comparative approaches (for example, intra-European comparisons). But the transcultural comparison is a discursive special case, because it goes beyond the established boundaries between cultures (here synonymous with civilizations - the two terms overlap).

In the canon of academic disciplines that was laid down in the 19th century, a far-reaching separation between the cultures was established in research at Western universities: Whereas the general fields like History, Sociology, and Political Economy were concerned primarily with Western Europe and North America, research on non-Western cultures was shunted to the Area Studies, like Orientalism, Sinology, Indology, etc. Together with other factors, the result was that Western European history was presented as the model and often exclusively; it was shown how Western modernity developed from Classical Antiquity to contemporary history. Only peripherally did the field of history perceive dissimilar structures and lines of development in non-European history that did not correspond to the analytical categories established with one-sided orientation toward Western history; non-Western cultures were often described as stagnated and categorized in a narrative of decline, in contrast to Europe's rise to modernity.

A transcultural comparison therefore works against the generally assumed difference between the cultures. It shifts the parameters by initially rejecting a priori an exclusivity of historical phenomena in two cultures (here: Europe and Islam) as a starting hypothesis, instead seeking phenomena and categories that presuppose things held fundamentally in common, exploring the differences between its two cases from this starting position.

Monarchy, too, has thus far been researched mostly separately for the Western European and the Islamic cultures. The European kingdom (along with the Church) was thereby attributed a pioneering role in the development of the modern state, while decline and fragmentation was attributed to the Islamic caliphate, which broke up into various partial powers starting in the 9th century. The aim in the transcultural perspective is initially to release monarchy from these labels, to shift the analytical axes, and to show what phenomena and structures can be described as not exclusively Christian/European or Islamic/Arabic. The body of the king is a suitable theme in this regard, because it can be examined in many ways.

The body of the king has been an established theme in Western European History for half a century, since Ernst Kantorowicz published his famous book The King's Two Bodies in 1957. In this brilliant book, Kantorowicz shows how, in the Latin Middle Ages, practices and theories developed that attributed a double nature to the king. As a mediator between heavenly and earthly order, the king had a sacred quality that distinguished him from his subjects. At the same time, the king guaranteed the continuation of the social order. He thus stood for a continuity going beyond his own death. This contrast between the eternity of the sacred office, on the one hand, and the mortality of the human body, on the other, was expressed in the duality of the royal person: Even if the king, as a human being, was subject to illnesses and death, as monarch he participated in divine eternity.

Kantorowicz had thus shown that there was a connection between the sacred, transtemporal body of the king and the institution of the corporation. Subsequent research could thereby read the transpersonal sacredness of the king as one of the preconditions for the development of the modern state. In retrospect, the conflicts between royal and papal power also turned out to be decisive factors shaping the separation between the worldly and the religious realm and thus paving the way for modern secularization. I do not aim to dispute these lines of development here. But the transcultural perspective seeks to dispute the exclusivity of Western European phenomena: Earthly and sacred elements can be recognized in the body of the Fatimid caliph, as well, and transpersonal sacredness was also very pronounced. In addition, the Fatimid caliph stood at the head of a state characterized by great continuity in its administrative structures. Against this background, the lecture will discuss the various elements with which monarchical rule was mediated to the subjects via the caliph's body.