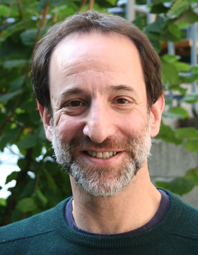 I will work with the members of our focus group at the Wissenschaftskolleg to evaluate the current status of research on the ecology and evolution of parasites. My own specific interests at present focus on parasites that extend their infections within
hosts by switching the molecules that coat their surface. During an infection, the host learns to recognize and attack the specific surface molecules of the parasite. As the host gains this ability to recognize the particular parasite, the host can kill off the parasite and clear the infection. However, those parasites that can change their coat can escape the host defenses and continue the infection; the host must start again to learn to recognize the new molecular coat. By switching its coat several times, the parasite extends the infection.
In a separate project, I am studying cancer. My work links three different levels: how cancer progresses within a particular individual, how the progressions in different individuals determine the distribution of ages at which individuals get cancer, and how inherited genetic factors influence the ages at which individuals develop cancer.

I wish I had the voice of Homer
To sing of rectal carcinoma,
Which kills a lot more chaps, in fact,
Than were bumped off when Troy was sacked.

Cancer occurs mainly in older individuals. But some cancers, such as those of the eye or the bones, occur mostly in children. Why do most cancers happen late in life, but some happen early in life? What does that pattern tell us about the processes that cause cancer?

I divide my presentation into four parts: data, causality, design, and reliability.

In the second part, I ask: What does it mean to say that a gene causes cancer? What does it mean to say that exposure to a chemical or carcinogen causes cancer? I answer these questions by showing how various causes shift the age of cancer onset.
In third part, I discuss what cancer teaches us about biological design. Cancer is the failure of the body to control the birth and death of cells that make up the body. By studying the failures of controls on cellular birth and death in cancer, we learn of the controls that normally keep the birth and death of our cells in balance.

D’Alembert’s direct and inertial forces acting on populations : the price equation and the fundamental theorem of natural selection

A new theory of cooperation

Natural selection : VI. Partitioning the information in fitness and characters by path analysis

Evolution of robustness and cellular stochasticity of gene expression