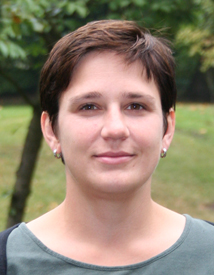 Host-parasite dynamics depend not only on the interactions between the individual parasite or pathogen strain and the genotype of the host individual, but also on the transmission probability into new host individuals, which is strongly affected by the social context of the host. Therefore, social groups, and in particular large colonies of social insects (e. g. ants and termites), may be expected to be a profitable resource for diseases, because great numbers of related individuals live together at very high densities and frequently interact with each other. On the other hand, social groups have a much higher potential to counteract
parasites and pathogens than solitary individuals that have to rely on their individual innate immune system and behavioural defence mechanisms. In groups, individuals can prevent others from infection through mutual hygienic behaviour and effective waste management. This social defence seems to be very efficient against both the likelihood of infection and the spread of disease.
My interests lie in the evolution of these collective immune defences of social insect societies, which integrate individual immune systems and behavioural defences of all group members to a higher level: the "social immune system". The aim of the project is to study how the different levels at which selection can act in an insect society - the individual, colony and population level - shape the infection patterns and transmission dynamics of diseases in social groups.

Team Players and Selfish Actors: Ants in Sickness and in Health

Cooperation is the most powerful strategy for success. However, cooperation is not always easy to achieve, as it requires overcoming individual conflicts of interest.

Ant societies are among the largest and most complex societies of the world. Anywhere from thousands to millions of individuals cooperatively rear the young of a single mother-queen, build highly complex nest structures, and even invented agriculture. Their success is incontestable: the biomass of the 11,000 species of ants on earth is larger than the biomass of all vertebrates combined, including fish, birds and mammals.

The individuals of an ant colony cooperate in the same manner as cells in a human body: they perform specialist tasks that are each indispensable in making the colony/body function. Ant queens specialise in reproduction and are thus comparable to the reproductive organs in our bodies, whereas workers fulfil maintenance tasks such as food intake, garbage removal, and temperature control. Ant colonies are therefore often called "super organisms."

The great ecological success of ant societies should not mislead us into thinking that their societies are invulnerable. In fact, ant societies are under the constant threat of incoming disease that can easily develop into an epidemic and exterminate the whole colony. Ant societies are especially susceptible to disease, as they show very low genetic diversity, similar to monocultural plantations in agriculture: all members are offspring of a single queen. Moreover, they live together in very high densities, which facilitates the rapid spread of disease. A second threat to the robustness of ant societies is internal riots, a phenomenon that occurs when individual conflicts become so severe that they can no longer be kept in check.

Cooperation Against Disease
Ants have developed amazing strategies to cooperatively fight disease through the use of elaborate hygienic behaviour: they keep their nest clean and sometimes even enrich it with antimicrobial material (e.g. resin) that they collect from their surrounding environment, they display extensive reciprocal grooming behaviour (comparable to monkies delousing themselves) and have a sophisticated system of waste management: tasks with a high risk of infection are typically performed by a small group of expert individuals in spatially separate nest compartments.

Conflict Over Mating Partners
Whereas good colony performance is a common goal of all colony members and thus encourages cooperation between group members, mating is a very personal part of life, where the interests of individuals can often greatly diverge. It is therefore in this context that overt aggression sometimes occurs between members of an ant colony: when individual mating success can be increased by killing fellow colony members, fighting takes place. Sometimes, however, aggression is replaced by less bellicose, slyer tactics that entail deception and cheating.

In ant societies we can observe both astonishing examples of complex teamwork between large numbers of society members as well as life-and-death battles, thus revealing that cooperation requires the constant resolution of individual conflicts.

Opposing effects of allogrooming on disease transmission in ant societies

Analogies in the evolution of individual and social immunity