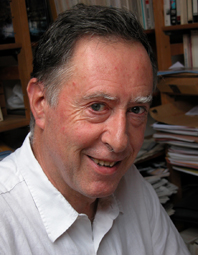 Five Lessons on Social Justice and the Politics of Capabilities

My point of departure is that the political building of Europe is threatened by instrumentalist biases, to the detriment of ethical concerns. Public action is conceived as target-maximization. It then becomes self-referring, which implies a growing gap between quantitative global performance and true improvement of economic and social realities. Democratic debate degenerates into manipulating rules and individuals.
Such a statement about the possible establishment of the Open Method of Coordination raises the question of how to proceed differently. To what extent can a capability approach, inspired by Amartya Sen's works, help to reformulate the European Social Agenda? What would matter in that case would be the scope of possibilities for life and work really accessible to each citizen and what improvements could be achieved. Elaborating such a perspective requires coming back to theories of justice seen from a specific angle, that of the plurality of informational bases for judgment in justice (using Sen's terminology). How can an objective judgment about the social state of a person be obtained under such conditions? What relation exists between positive observation and normative evaluation? One must start from the premise that knowledge categories are also social objects. They format social choices as well as, being reshaped by social processes in return. From this premise, it follows that political decision is confronted with problems such as incompleteness, conflicts of value, deliberative democracy, and the possibility of revising institutional choice. Eluding these problems through rational governance is only a non-solution. I will explore what it could mean for the Union to hold a position of impartial actor struggling against inequalities of capabilities within Europe.

I should like to show how Europe, by prioritising maximisation of the employment rate as an economic policy objective, has set in motion a process leading to the disappearance of the category "unemployment". The aim of the process is not the achievement of full employment (as one might think) but rather deregulation of the labour market and the actual disappearance of this very category. The paradox for the scientist is that the process is achieved through political and innovatory use of statistical instruments like rates, indicators, tables, that were originally intended for quite different purposes.
In order to grasp the sheer novelty of the process and its possible consequences, we need to approach it from several angles by:

- providing historical, and ideally comparative, insight into the invention of "unemployment" as a category at the beginning of the 20th century to appreciate how it has become part of our common knowledge over the 20th century. I shall limit my analysis to three countries: Germany, France and the United Kingdom.
- exploring the conventions which make statistical tables intelligible, especially equivalence conventions (for it transpires that the European political method puts national policies into competition with each other from the angle of the convention of employment without quality).
- building a new understanding of the realities of employment and how they are being transformed as the basis for critical evaluation of this process.

These are the aims of the book that I am currently working on at the Wissenschaftskolleg zu Berlin. In my paper, I shall pay especial attention to the first two of these approaches. The brief historical excursus, and this is why it is essential, highlights the continuity of and also differences in the ways national approaches have evolved in terms of institutions and work conventions. It gives an idea of the widening gap between European and national categories, particularly as the European project is heading towards market constructivism. So far, this constructivism has not led to an economic dynamic resulting in the creation of jobs, but rather the (largely artificial) fabrication of jobs. This fabrication proceeds by redefining what is understood to be a job and by forcing the least well off to share out amongst themselves a volume of work which, on the whole, has not changed in any way. This raises questions about the relationship between common knowledge and public policy. The pursuit of scientific truths, through deliberative procedures, has been sacrificed to the mere formatting of information. This "deliberate blindness" is likely to lead to policies that are self-referential. And policies of this nature do not seek to bring about an objective improvement in the situations of individuals but rather an increase in their performance in quantitative terms.

The new politics of numbers : an introduction

The new politics of numbers : utopia, evidence and democracy Executive Politics and Governance

Labour-related conventions and configurations of meaning : France, Germany and Great Britain prior to the Second World War