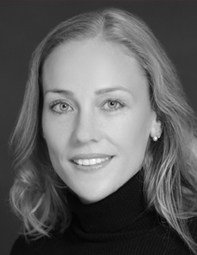 Born in 1965 in Kassel
Studied Art History at the University of Hamburg and Cambridge, UK

This book project is concerned with the history of vision as it is manifested in the changing display of art in exhibitions and museums from the late eighteenth century to the present day. What, I am asking, motivates the changes from a crowded display in the exhibition of Royal Academies in the second half of the eighteenth century through the creation of intimate home-like spaces in galleries at the turn of the twentieth century to the neutral container thought best for viewing modern art since the late 1920s? Why did one age prefer to hang pictures with no gaps between the works? Why did the nineteenth century feel that the colour red was the best background colour for the display of pictures, while the twentieth century, until recently, almost uniformly preferred white? Moreover: what viewers are envisaged with these displays?
Displays in museums are the site of a number of contending interests, influences and pressures. Some are economic, others are social, political and ideological. My focus, however, is on the study of museum display strategies in the context of prevailing scientific understandings of human vision and space and the choreography of desires in the market place. This allows me to go beyond an account of museum culture as the result of various struggles for hegemony. It seems to me that, as we look at museum culture over a longer period, we find, above all, a series of differing conceptions of subjectivity - the nature of receptivity, experience and spectatorship - and it is this that provides the underlying framework for my account.

Interiority and Intimacy: Colour Vision and the Display of Art in German Museums around 1900

The end of the twentieth century and the early twenty-first century have seen a remarkable boom in the building of publicly-funded art galleries. But as the visitors stream in their millions through the Guggenheims, Tate Modern and the rest, the new galleries face a profound difficulty in establishing their identity. What is their purpose and who are they there for?
Looking at the architecture, one gets a sense of the problems. Some present themselves as spectacular architectural experiments - the Guggenheim in Bilbao is surely the most striking - while others opt to try to give themselves local roots by adapting to their settings - think, for example, of the way in which the newly opened extension to the Museum of Modern Art in New York has been made to fit so effortlessly into the skyline of mid-Manhattan. Yet contrast this architectural distinctiveness with the uniformity of what is being offered inside. Whether in Kyoto or San Francisco, Helsinki or Munich, the names of those star artists whose works the public flocks to see - the Picassos, Pollocks, and Polkes - are largely the same. Behind their dramatic facades, the gallery interiors too are surprisingly similar: a passage from one naturally lit spacious white room to another. The art experience that the galleries offer is, with few exceptions, increasingly standardized.

In my book on the changing displays of art I aim to show that this has not always been the case, that the history of seeing art is as rich and varied as only the exteriors of museum buildings are now. I think it is important to excavate this history because each mode of arrangement articulates a conception of the relationship between individuals and collectives that is of interest today. How exhibitions functioned in re-weaving the texture of subjective experience and how they worked as spaces in which collective identities were forged are the issues at the heart of my research.

In this talk I will concentrate on one particular moment and place in the history of exhibiting art, the Nationalgalerie in Berlin at the turn of the century, although I will also glance briefly across the border to Paris. In Germany at that time gallery directors pioneered a mode of display that turned away from the public representational character of cultural institutions towards a more private, intimate and interiorised form of exhibition. What was at stake emerges particularly clearly in the debate around the choice of wall colours and the use of decorative pattern. The museum directors drew on the research of contemporary scientists like Hermann von Helmholtz and Wilhelm Wundt who shared their concern about interiorised forms of perception. I will finish by noting how the inward spectator of the turn of the century was expelled outwards again in the experiments of the avant-garde in the 1920s.

Art history : a critical introduction to its methods

The Storming of the US Capitol: How to Read the News from Washington