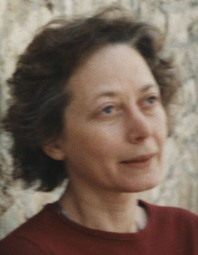 The Sound of Prayer: The Music of the Traditional Eastern European Jewish Prayer

In my book in progress, I treat the social and religious meaning of the oral musical tradition of the Eastern European Jewish ritual. This music formed an essential part of the spiritual life of millions of Jews before the Holocaust and was one of the few orally practiced religious chant traditions in modern Europe.
The Eastern European Jewish ritual is inseparable from its sound, a unique acoustic-artistic phenomenon that is created through the communal daily practice of the art of speech-music. I use the expression "speech-music" only for lack of a better term: the phenomenon I am referring to is not the combination of speech and melody. It is a kind of sonorous utterance that makes audible personal emotional-spiritual movements, as if coming from a consciousness that does not recognize the separation of music and speech. What really happens in this practice is essentially a continuous experimentation with the realization of "emotional gestures" in sound as it is applied to a given text. In the Jewish ritual context, the act of musical reading becomes the primary and most fundamental religious act that concentrates in itself multitudes of ritual, spiritual, aesthetic, and emotional needs: it separates the domain of the sacred from the secular, creates a sonorous sphere that facilitates transcendence, and gives a place to personal emotional expression. It is my aim to write a comprehensive book that captures the essential creative principles of this music, explaining their interaction and religious-communal meaning.
I have been carrying out fieldwork since 1977 and have created the largest integral archive of Eastern European Jewish liturgical music, including recordings of music, interviews, and the recounting of life stories. The core of the documentation comes from traditionally-trained prayer leaders from Hungary and its surrounding areas. The focus on the Hungarian tradition resulted from the fact that, after World War II, Hungary was the only country of Eastern Europe that had a continuous local Jewish tradition and where it was possible to carry out such documentation during the last phase of the Communist period. The material collected in this region together with that collected in other countries (mostly in the countries of emigration, such as Israel and the United States, and housed today in the National Sound Archive, Jerusalem) provide us with varied source material to draw conclusions about the global structure, the practice, and the transmission of this music.

"When Music and Words were one" East-European Jewish Prayer Chant

In the traditional Jewish ritual of East-Europe, each person reads the text of the prayers to traditional melodic patterns. Since each member of the congregation recites the text according to his/her pace, the overall effect is heterophonic. The congregation chooses one or more persons to lead the service. By and large, the prayer leader reads the same text as any other member of the congregation, however, at certain points of the liturgy, he recites the given section louder, and usually in a more melodic style. A traditional prayer leader has no special training, neither in music, nor in liturgy.
My lecture will focus on the phenomenon of prayer recitation in its most basic form, that is, in the practice of the simple member of the community and that of the non-professional or semi-professional prayer leader. I use here the expression recitation only for lack of a better word: the phenomenon I am referring to cannot be described as the combination of speech and music. It is a kind of sonorous utterance that makes audible "thoughts" that stem from a consciousness that does not recognize the separation of music and speech. It could be said that this practice is a continuous experimentation with the realization of thoughts in sound, or to say it differently: with the grasping of the essentials of the surrounding world in and through sounds.
This lecture is based on my fieldwork documenting the pre WWII musical culture of prayer among the East-European (primarily Hungarian) Jews.

Writing on water : the sound of Jewish prayer Jelek a vizen

Orality as religious ideal : the music of east-european Jewish prayer

The variety of styles in the Ashkenazi liturgical service

In search of meaning in context : Bartók's "Duke Bluebeard's Castle"

Organicism as a theory of modernism in the writings of Schoenberg, Webern and Bartók

Writing on Water : the Sounds of Jewish Prayer
CEU Press more publications in the Fellows' Library