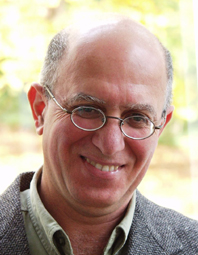 Born in 1953 in Haifa, Israel
Studied Arabic Language and Literature and Philosophy
at the Hebrew University of Jerusalem

Fellow of the Federal Cultural Foundation

The Arabic Literature of Iraqi Jews in the 20th Century

The project deals with the modern secular Arabic literature of Iraqi Arab-Jews, which flourished in the wake of the Westernization of Iraq's Jewish intellectual elite. Inspired by a vision whose dictum was "Religion is for God, the Fatherland is for everyone," as of the 1920s Iraqi Jews were producing literary works that quickly became part of the mainstream of Arabic literature. The reality in which they worked was one of close symbiotic contact with the wider Arab Muslim culture and, for most of them, their Arab identity was uppermost. Yet with the infiltration of Nazi propaganda and when Iraqi support for the Palestinians coalesced with pan-Arab foreign policy, the distinctions between Jewish religion and political Zionism gradually began to blur. The Farhud in Baghdad in June 1941, when more than one hundred and fifty Jews were killed and Jewish property was looted, led to an obfuscation of the Jews' role in Iraqi society by implying doubts about their loyalty. From the 1950s on, most Iraqi-Jewish writers who immigrated to Israel over the years have completely severed themselves from any creative literary activities. The very few who insisted on remaining true to their cultural origins realized they were working in a void. Those who moved on to write in Hebrew soon discovered that because of the Western preferences of Hebrew literature, they are only accepted by the Israeli cultural canonical center if they turn away from and discard their original Arab culture.

Arabs of Mosaic Faith: Chronicle of a Cultural Extinction Foretold

My project investigates the development of Arab-Jewish culture, especially belles lettres, since the pre-Islamic period and its total demise in our generation. Apart from Jewish symbiosis with Greek civilization in ancient times, and with the Romanic and Germanic peoples of Western and Central Europe in the modern period, Jewish symbiosis with Arab-Muslim civilization was one of the most important contacts of the Jewish people with other civilizations. But, unlike the contacts with the other two civilizations, which were essentially at variance with the Jewish religious culture, because Islam is from the very flesh and bone of Judaism, never has Judaism encountered such a close and fruitful symbiosis as that with medieval civilization of Arab Islam. The great majority of the Jews under the rule of Islam adopted Arabic as their language, and Jews often preferred writing Arabic rather than Hebrew, even when dealing with the most sacred matters of Judaism.

The factors that made possible the Jews' involvement in Arab culture in previous periods were also effective in modern times. Wherever Jews lived in Arab lands, they adopted the culture of the surrounding society. Especially noteworthy was the huge extent of the Arabization of the Jews in Iraq, where the Jewish community had lived without interruption for two and a half millennia. During the first half of the 20th century, an Arab-Jewish secular vision emerged in Baghdad with the most eloquent slogan "Religion is for God, the Fatherland is for everyone." The Arab identity of the Iraqi Jews was uppermost; they were "Arab Jews" or "Arabs of Mosaic faith". In many ways, they resembled the middle-class and affluent, entrenched Jews of Germany or other European places who placed national and cultural identity above religious affiliation, feeling more "German" or "European" than "Jewish".

However, from the late 1940s, in the wake of national and political conflict in the Middle East, Arab-Jewish culture underwent a process of marginalization, negligence, and gradual dropping into utter oblivion by both the Muslim-Arab and Jewish-Hebrew canonical cultural and national systems. Both sides, each for its own narrow reasons and exclusivist considerations, have generally refused to accept the legitimacy of "Arab-Jewish" hybridity. Adopting the Palestinian Arab cause, the definition of Arabism by Arab nationalism became much narrower and eventually came to exclude Jews. Because of Palestine, no matter how vociferous their loyalty and their denials of Zionist partisanship were, Jews became targets of anti-Zionism and even sometimes anti-Semitism. On the other hand, the "Arabs Jews" who immigrated to Israel were exposed to a hegemonic Hebrew Establishment, which imposed its interpretive norms over all cultural communities under the umbrella of leftist liberalism, and at the same time rejected the Orient and its culture, considering them despicable and even dangerous. Advocates of Western-oriented cultural identity bewailed the "danger" of the "Orientalization", "Arabization", or "Levantinization" of Israeli society. The Arab Jewish immigrants were subjected in Israel, as Nissim Rejwan put it, "to a systematic process of acculturation and cultural cleansing that caused them to abandon their culture, language, and way of life. This was how Israel managed to miss what was a singular chance to integrate into the area and accept, and be accepted, by the neighboring world - instead of being looked upon as an alien creation in the heart of the area in which it was established".

"The tail above the head" : literary representations of ʿAbd al-Nāṣir's regime as a world upsidedown

"Anā min al-Yahūd" : the demise of Arab-Jewish culture in the twentieth century

Arabness, egyptianness, zionism, and cosmopolitanism : the Arabic cultural and journalistic activities of Egyptian Jews in the 19th and 20th centuries

"Arabs of the mosaic faith" : chronicle of a cultural extinction foretold

"Till spring comes" : Arabic and Hebrew literary debates among Iraqi-Jews in Israel (1950-2000)

"Till spring comes" : Arabic and Hebrew literary debates among Iraqi-Jews in Israel (1950-2000)

Arabness, Jewishness, Zionism: a clash of identities in the literature of Iraqi jews