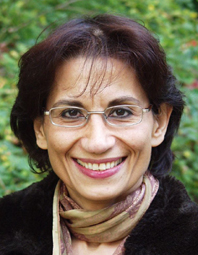 The Shari'a in Reformist Iran: Family Law and Women's Rights

My project explores the democratization of Islamic discourses in Iran and its impact on Islamic jurisprudence (fiqh), with particular reference to women's rights. I shall do this at two interrelated levels: the formal politics of the state and the informal dynamics of the seminaries. At the first level, I shall focus on the struggle between the Sixth Majles (dominated by the Reformists) and the Guardian Council (controlled by the Conservatives) over women's rights. At the second level, I shall focus on the debates in the seminaries and the jurisprudential arguments put forward in support of or in opposition to the bills introduced by the "Sixth Majles". I approach both levels from an anthropological perspective in the sense that I aim to locate these bills and debates over women's rights in their proper social and cultural context and to engage in dialogue with the protagonists in the debates. Two themes that I aim to explore and draw attention to are, first, the tension and paradox inherent in the very quest for an Islamic state in modern times, and second, how this tension is both reflected in and negotiated through the enforcement and application of the Shari'a. I argue and aim to document how the very slogan - viz. "Return to the Shari'a" - from which Islamists draw their legitimacy and power when they are in opposition, becomes their Achilles heel when they are in power. In the case of Iran, two decades of "Islam in power" has not only given rise to a popular reformist movement that is trying to separate the institution of religion from the state, but has also forced both clerics and lay people to rethink their notion of the Shari'a as an immutable body of law and to redefine their relationship with it. This, I argue, is secularizing the notion of law in Islam.

Recommended Reading
Mir-Hosseini, Ziba. Marriage on Trial: A Study of Islamic Law in Iran and Morocco. London: I. B. Tauris, 1993 and 2000.
-. Islam and Gender: The Religious Debate in Contemporary Iran. Princeton, NJ: Princeton University Press, 1999 and London: I. B. Tauris, 2000.
-. "The Construction of Gender in Islamic Legal Thought: Strategies for Reform." Hawwa: Journal of Women in the Middle East and the Islamic World 1, 1 (2003): 1-28.

Truth and the F-Word, or: Knowledge versus Ideology? On Epistemological Uses of Feminism in the Social and Natural Sciences

In the late 20th century, the Muslim world witnessed both the rise of political Islam and a huge expansion in both literacy and mass communications. Increasing numbers of Muslims have come to question traditional sources of religious authority, and to re-read their sacred texts in search of answers to questions new and old.
One issue at the forefront of this search has been equal rights for women. The centrality of law in Islamic discourses, and the strongly patriarchal ethos embedded in 'orthodox' interpretations of Islamic law, have turned women's rights into a major issue for Muslims in modern times. For many - both inside and outside the Muslim world - the treatment of women in Islamic law has come to encapsulate the essence of Islam's incompatibility with modernity. It is still widely argued - though not so firmly these days - that Islam is essentially irreconcilable with central features of modernity, such as secularism, democracy, pluralism, civil society, religious tolerance and gender equality. This conventional argument has not only been falsified by recent developments in the Muslim world but is also now effectively challenged by emerging feminist voices in Islam. These voices are also changing the terms of the relationship between Islamic law and feminism, a relationship that was marked until recently by antagonism and distrust.
If my analysis is correct, we will look back at this time as the formative period of a "feminism" that is native to Islam. This, I shall argue, is one of the paradoxical and unintended consequences of the rise of political Islam and of the Islamist project of a 'return to the Shari'a'.

Muslim Women's Quest for Equality: Between Islamic Law and Feminism

Muslim legal tradition and the challenge of gender equality

Muslim women’s quest for equality : between Islamic law and feminism

Islam and democracy in Iran : Eshkevari and the quest for reform Library of modern Middle-East studies ; 54

Muslim women, religious extremism, and the project of the Islamic state in Iran

‘Fatemeh Haqiqatjoo and the sixth majles : a woman in her own right

Tamkind : stories from a family court in Iran