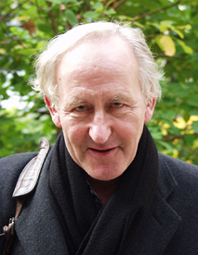 Born on January 1, 1939 in London; passed away on September 20, 2019.
Studied Classics and Philosophy at King's College, Cambridge and at University College London

A book of four substantial chapters, for an audience with general intellectual and philosophical interests but without specialist knowledge of ancient philosophy. Each chapter tells the story of ancient philosophy's contribution to some concept that is important to us today, giving a fairly detailed account of the relevant area of ancient thought with glances forward to some more modern developments. Thus chapter 1 explains how the metaphysical concept of freedom arose out of the political concept; chapter 2 argues that the concept (and indeed the feeling) of anger has changed since antiquity; chapter 3 traces some of the stages by which happiness became the predominantly psychological concept we operate with today. The last chapter deals with the Other Minds problem in ancient and modern thought. Most of the ancient philosophy considered is Hellenistic, so that a by-product of the book will be to provide a stimulating introduction to the ethical ideas of the Epicureans, Stoics, and Sceptics.
The subtitle alludes lightly to Foucault, because I wish to emphasise the historical contingency of the content of the concepts considered, and the great variety of factors (philosophical, religious, political, social, etc.) which have contributed to the formation of the way we now think. This goes against the grain of much analytic philosophising, which largely follows Frege in the view that the phrase "history of concepts" is a misnomer: "What is known as the history of concepts is really a history either of our knowledge of concepts or of the meaning of words" (Die Grundlagen der Arithmetik, vii). Thus, coming as I do from the Anglophone analytic tradition in philosophy, my historicising project has a polemical edge it might not have elsewhere.

If one could visit an ancient bookstall, what one would find there is not books about how to keep fit or how to improve one's sex life, but rather books about anger and self-control. In antiquity there was much discussion among philosophers about whether the world would be better off without anger, as well as, of course, about whether such a world would be possible. This debate reflects certain social conditions of the time, but also - so I shall propose - a close connection between anger and revenge, which for us is no longer an inseparable component of anger. The feeling of anger has changed since antiquity.

A map of Metaphysics zeta

Science and speculation : studies in hellenistic theory and practice