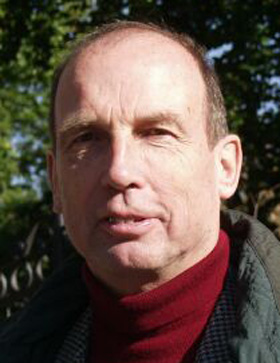 Born in 1937 in Leipzig
Studied Semitic Philology, Philosophy, and Old Testament at the University of Munich

The Qur'an as a Self-Referential Text

Lost in Philology? The Koranic Virgins in Paradise

The notion of a primeval paradise (Paradise Lost) is shared by Judaism, Christianity and Islam. The concept of an eschatological paradise rewarding the believers after the Day of Judgment is common to the New Testament and the Koran. A uniquely Islamic feature are the Koranic "Virgins of Paradise", the wide-eyed houris, which have inspired the religious imaginaire of Islamic culture and much adverse comment in Christian theology. They buttressed the judgment that the Islamic paradise was either ridiculous or disgusting or both.
The somewhat Orientalist debate among Western non-Muslim scholars about the "origin" of this concept was never resolved. The Prophet Mohammed might have seen Christian mosaics or miniatures of angels in paradise and taken them for virgins was one hypothesis. Another one was that he might have heard that Father Ephraem Syrus referred to heavenly maidens in one of his odes on paradise. Or possibly it was just Mohammed's crass materialism that manifested itself in these maidens? The discussion was never resolved, but became unfashionable.
This situation changed when Christoph Luxenberg recently published a book Die syro-aramäische Lesart des Koran. Ein Beitrag zur Entschlüsselung der Koransprache, Berlin 2000 (The Syro-Aramaic Reading of the Koran. A contribution to the decoding of the Koranic language). The book, in spite of its austere title, was an almost immediate success. I do not know of any other scholarly book in German on a Koranic subject that has been reported upon by the New York Times, Le Monde, The Guardian and the Frankfurter Allgemeine Zeitung. Recently, an issue of Newsweek was confiscated in Bangladesh, Pakistan and Malaysia because it featured an article about the book. The New York Times, predictably, compared Luxenberg to Salman Rushdie. The book has also sparked a lively debate among the specialists.
The main thesis of Luxenberg's book is that the Koranic text was "in countless places misread and mutilated". Luxenberg assumes an Aramaic substratum for the greater part of the Koranic Arabic text and postulates that hundreds of words and verses owe their "obscurity" to the fact that an Aramaic word was misread or misunderstood or that an Aramaic word was wrongly taken as an Arabic word. One of the more sensational revisionist findings of Luxenberg's is his interpretation of the "virgins of Paradise". In Luxenberg's view the wide-eyed houris owe their existence to a frivolous misunderstanding of an Aramaic word. Correctly understood, the houris turn out to be "white crystal-clear grapes".
The lecture gives an introduction to Koranic eschatology and attempts a critical view of method and importance of Luxenberg's study.

The Qurʾan as text Islamic philosophy, theology and science