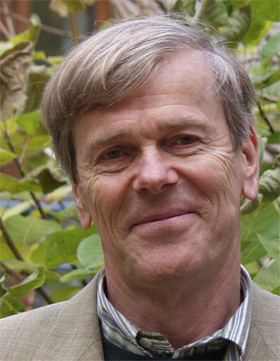 Born on November 3, 1941 in Wiesbaden; passed away on October 25, 2019 in Heidelberg.
Studied Sinology, Political Science, and Philosophy at the Universities of Heidelberg, Munich, and Paris

The Life and Times of a Cultural Broker: Ernest Major, the British Manager of China's Most Important Early Newspaper, the Shenbao, Shanghai, 1872-1949

While government gazettes have a long history in China, the newspaper was a new and Western import. Still, it offered itself as the realization of an old Chinese ideal, the flow of information between the court and the people, between state and society. Protected by Shanghai's special status, the Shenbao and its imitators and competitors created a public space outside of the court's control in which many of the issues of the nation could be discussed by people with no formal standing in the bureaucracy. The project will focus on the particular dynamics of a public sphere that is concentrated in an enclave beyond government control, as well as the particular role of foreigners in this development.

Life with a Cultural Implant. Explaining the Shenbao Newspaper in Shanghai (1872 -)

Background
The Shenbao is the first Chinese-language newspaper deserving this name. It was established in 1872 in the Shanghai International Settlement (SIS) by four foreign investors and was edited and managed by one of them, Ernest Major (1841-1908) from London. While the SIS was established as a consequence of the British-Chinese Opium War, it was a "settlement" and never a colony. Because larger numbers of often wealthy Chinese fled there from the Taiping Civil War and because of its superb geo-economic location it quickly became a booming commercial town with a predominantly Chinese population. It was run however, by a city council elected by the "foreign landrenters." They ran it much like a Hanse-city with a common interest in the economic prosperity and the quality of life of the place rather than a moral or ideological regime.
The Shenbao catered to the Chinese community in town, and from the outset developed a China-wide correspondent and distribution network. It reprinted the Peking government gazette, published Chinese and international news, and carried one or several editorials a day, many of them written by readers. It combined news, entertainment, and opinion. This allowed it to quickly become an independent platform in a new "national" and public discursive circuit. From the outset it developed into a larger publishing company for cheap high quality books ranging from classical texts for the preparation of examinations to new novels, from the texts of China's treaties with foreign countries to collections of women's poetry or scholarly works that had remained unpublished because of the Taiping War. Fair numbers of educated men and (smaller numbers) of women, mostly from the Lower Yang-tse region, became directly involved with the company. They were journalists, book editors, letter writers or subscribers. They had their poetry or essays published there or took part in the hugely popular literary contests organized by the paper. The Shenbao trained the first generation of professional Chinese journalists and set the ethical standards for them. Many of them moved on to leading positions in other papers that were gradually set up by other foreigners.
Following the model of the Shenbao company, other mostly Chinese-owned publishing companies sprang up who emulated its selection, editorial care, and use of new technology such as lithography. Shanghai quickly developed into China's media capital. Until 1949 most major and minor Chinese papers and publishing houses, and eventually radio and film companies, had their seats in the International Settlement beyond the control of the Chinese government. In recent PRC scholarship, the foreign enclaves such as Shanghai have been transformed from outposts of imperialist and colonialist exploitation to engines of China's modernization to accommodate sensitive foreign investors of our post-Vietnam days. The media have been spared this reevaluation. The pre-1900 Chinese papers remain emblems of "cultural imperialism," and the truly "Chinese" press only begins with the political advocacy papers in the wake of the 100-Day Reform in 1898, which were edited by ethnically Chinese reformers or revolutionaries.
Questions:
What was a young Englishman, who had come to China in 1861, thinking he was doing when setting up a Chinese-language newspaper in Shanghai?
How did the paper's public explanations of the functions of a newspaper situate it within the Chinese public sphere and the fraying Chinese state/society relations?
Is the independent commercial newspaper as an innovation in China linked to newly rising social forces, and, if yes, who are they?
On which imaginaire and rhetoric are these forces drawing?
How do these relate to the imaginaire into which the Shenbao inscribed itself, and the rhetoric it used for the purpose?
Is there an uneven density and distribution of the public sphere in countries "developing modernity" akin to a dual economy?
What were the long-term effects of the initial implant conditions under which newspapers had been set up in China?

The craft of a Chinese commentator : Wang Bi on the Laozi SUNY series in Chinese philosophy and culture

Reenacting the heavenly vision : the role of religion in the Taiping rebellion China research monograph ; 25