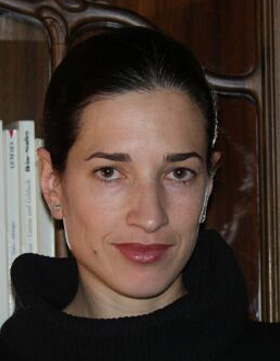 Born in 1967 in New York
Studied English Literature at Yale University and at the University of California, Berkeley

The starting point for this book is a simple observation: namely, that the great subject of the seventeenth-century metaphysical poet John Donne's entire body of writing is the relationship between the body and the soul. This preoccupation helps to explain a large and varied number of works that have not generally been considered part of a coherent imaginative project. It provides a context, moreover, in which to approach a wide-ranging series of interests that may otherwise seem idiosyncratic or discrete: Donne's obsession with death; his interest in the nature of "ecstasy"; his anticipation of resurrection; his morbid fascination with being ill; his curiosity about Epicureanism and about materialism more generally; his notion of epistles as animated matter, and his consequent desire to exchange letters with his loved ones as regularly as possible; his overarching desire to position himself on the threshold between life and death, death and rebirth.
The relationship between body and soul was by no means of interest to Donne alone. During Donne's lifetime, theologians sought to defend ancient accounts of the soul's immortality; Christian mortalists insisted that the body and the soul would not separate at death, but would remain dead together until the Last Judgment; physicians looked for chemical balms that would keep the dead body intact until it eventually rejoined the soul; anatomists searched for the locus in the body where the soul dwelled and debated the nature of its materiality. At the extreme edge of these debates, in the years immediately following Donne's death, René Descartes sought to permanently sever any meaningful relationship between mind and body. Donne lived, then, at precisely the moment when these metaphysical questions became urgent to English and European thinkers confronted with new scientific advancements. And it was this set of questions, I want to argue, with which Donne grappled most fiercely throughout his life and that provoked some of his most complex, imaginative writing.

The Resurrection of John Donne

John Donne (1572-1631) had a peculiarly divided life. He was born a Catholic, but eventually became a Protestant minister; he is known as the greatest love poet in the English language, but he stopped writing love poetry in the middle of his life, and devoted himself exclusively to religious works; he was exiled from the English court for having made a socially unacceptable marriage, and had no prospects of a career for over a decade, but ultimately became the Dean of St. Paul's Cathedral in London, and was widely regarded as the most charismatic preacher in all of England. Donne was always a passionate reader, writer and thinker: he once described himself as suffering from a "an Hydroptique immoderate desire of humane learning and languages," and throughout the various phases of his life, he produced a broad and diverse body of writings, ranging from seduction poems with titles like "To His Mistress Going to Bed" to devotional hymns and meditational treatises. The book I am writing attempts to identify a coherent imaginative project within this seemingly disparate collection of works, an imaginative project that focuses on the relationship between the body and soul. From his earliest love poems through his final sermons, Donne was deeply preoccupied with keeping the body and soul together both in this world and in the next. He loathed the idea of death largely because it unnaturally separated the soul from the body, and he longed above all for his resurrection, when his two parts would be reunited for eternity. Donne was simultaneously a scholastic, steeped in the doctrines of Aquinas, and an early modern skeptic, grappling with what he ironically termed the "new philosoph[ies]": Copernican astronomy; anatomy; chemistry. In the larger context of my book, I will be arguing that these particular pressures from the outside world shaped Donne's internal, imaginative world in ways that would be hard to reproduce in any other time and place. In the talk I will present at the Dienstagskolloquium, I will focus my attention on the ways in which Donne represented the metaphysical questions with which he grappled, looking specifically at examples from three different genres in which he wrote: love poetry; devotional sonnets; and sermons.

The performance of prayer : sincerity and theatricality in early modern England