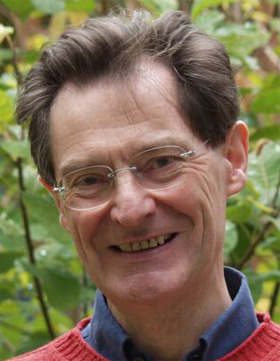 Born in 1940 in Oldham, Lancashire, Great Britain
Studied History at the University of Cambridge

A Genealogy of Freedom

The book I am writing is concerned with the rise and fall of a way of thinking about the concept of political liberty that has nowadays been largely lost from sight. Current orthodoxy, especially in Anglophone political philosophy, invites us to think of freedom essentially as a predicate of actions and to explain the concept in "negative" terms as consisting in absence of interference. By contrast, the tradition in which I am interested ( an essentially classical and more specifically a neo-Roman tradition ( focuses on the idea of freedom as a matter of status, and thus on the concept of the liber homo, the free man or woman. The basic distinction drawn by the neo-Roman theorists of the early modern period -on whose writings I am chiefly concentrating - is between freedom and enslavement, with the concept of slavery being understood as a state of dependence on the arbitrary will of others. I trace the re-emergence of this theory in Anglophone political philosophy, especially in the 17th century, and its supersession in the course of the Enlightenment by more recognizable accounts of political liberty as the absence of interference. One of my aspirations in the book is purely historical: I hope to provide a survey and an explanation of this fundamental but little-studied conceptual shift. But my underlying ambition is more philosophical: I hope to conclude by offering an assessment of the relative merits of thinking about political freedom in these strongly contrasting ways.

Picturing Perfect Government: The Frescoes of Ambrogio Lorenzetti in Siena

During the past fifteen years I have been involved in two closely connected research projects on the history and theory of republicanism in modern Europe. The first, concerned with the development of republican ideas and institutions in Renaissance Italy, originated as a conference held at the Istituto Universitario Europeo. I co-edited the proceedings with Gisela Bock and Maurizio Viroli, and these were published as a volume entitled Machiavelli and Republicanism (Cambridge University Press, 1990). Subsequently I chaired a group funded by the European Science Foundation to enquire into the later fortunes of republicanism across Europe (from Spain to Poland). We recently published our findings as a two-volume study, which I co-edited with Martin van Gelderen, entitled Republicanism: A Shared European Heritage (Cambridge University Press, 2002).
As part of my contribution to these projects, I made a study of the emergence of republican political theories in the city-states of pre-Renaissance Italy. I focused on the sources of modern republican values and practices in Roman moral and political philosophy, examining their revival and expression both in Italian political literature and in the genre of political paintings that, in so many of the Italian city-republics, was of such importance in the pre-Renaissance period.
My lecture centres on the two greatest surviving examples of this pictorial genre: Giotto's depiction of the virtues and vices in the Cappella degli Scrovegni in Padova, completed in c1308; and Ambrogio Lorenzetti's cycle of frescoes in the Sala dei Nove in the Palazzo Pubblico of Siena, completed in 1340. I am partly interested in the relationship between these two cycles, but I mainly concentrate on Lorenzetti's masterpiece. I first attempt to explicate Lorenzetti's understanding of the contrasting nature and effects of just and tyrannical government. I then turn to consider the two most notorious iconographical puzzles that have always preoccupied students of these frescoes. I end by proposing (very tentatively) a new solution to each of these puzzles.

On trusting the judgement of our rulers

Hobbes on persons, authors and representatives

States and freedom of citizens