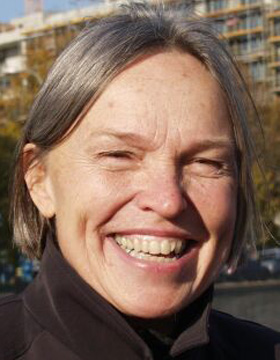 The Organization of Spatial Learning in Animals

How creatures from ants to humans find their way around is an active area of research by ethologists, comparative and developmental psychologists, neuroscientists, and roboticists (artificial animals must also orient effectively). I will be part of a Focus Group on the Development of Spatial Cognition that brings together people working on developmental and comparative aspects of spatial behavior. We hope that shorter visits by people working on the neurobiology of spatial cognition and the modeling and artificial implementation of spatial behavior in robots will also be possible. Our broad goal will be to explore our common interests and perhaps come up with some new syntheses of ideas and findings in particular aspects of spatial behavior, or at least new perspectives and plans for research. A major activity will be interacting with and learning from other members of the Focus Group. In addition, I plan to work on drawing together results of the ongoing work with rats and pigeons in my laboratory, integrating it with results of other research from ethology, learning theory, and behavioral neuroscience that bear on how different spatial systems interact. Also I plan to take the opportunity of being away from the demands of teaching and an active laboratory to consider starting work on an updated and perhaps shorter edition of my 1998 book on comparative cognition.

Since at least the time of Aristotle, there have been two opposing views about nonhuman animal (henceforth "animal") minds: Animals share at least simple forms of thought, reason, and consciousness with humans, or they are mindless machines whose behavior merely appears to be based on such processes. Modern comparative psychology took its impulse from Darwin's (1871) emphasis on continuity between humans and other species in "mental faculties", which for Darwin included memory, reasoning, imagination, and self-consciousness. However, for much of the 20th century, both experimental animal psychology and ethology were strongly behavioristic, aiming only to understand the control of behavior by stimuli in the environment and avoiding explanations in terms of unobservable mental processes, let alone attempts to study them directly. However, recent developments in the cognitive sciences, neuroscience, and genetics have stimulated a new interest in the possibility of studying thought, reason, and other conscious processes in animals because these sciences seem to promise a complete understanding of how the brain works. Some of the research on animal cognition inspired by this promise represents an uneasy compromise between methodological behaviorism and anthropomorphic mentalism in that it attempts to develop strictly behavioral criteria for conscious processes that normal adult humans describe verbally.
In my talk, I will first briefly discuss the recent history of research on "animal cognition" which has led to sophisticated theories of animal learning, memory, spatial behavior, and decision making that do not necessarily assume conscious thought. I will give an example from my research on memory in food-storing birds. I will then show how simple behavioral training methods are used to teach animals to answer questions about what they know or perceive. Research based on these methods is most useful when it includes transfer testing and "triangulation".
In the main part of the talk, I will illustrate the uneasy marriage of behaviorism and - for want of a better term - anthropomorphic mentalism with two: tests of whether animals know what they know (metacognition), and tests of whether animals recollect specific events as such (episodic memory). Both kinds of research have attracted a good deal of interest and controversy. I will consider how this research is designed to isolate the processes it aims to study and whether the methods are adequate. I will argue that without a leap of faith that many experimental psychologists are unwilling to make, the results will inevitably fall short of their goal. At most, behavioral methods can identify behavior that is functionally similar to a person's saying "I know that I know (or remember) that."

What do rats learn about the geometry of object arrays? : tests with exploratory behavior