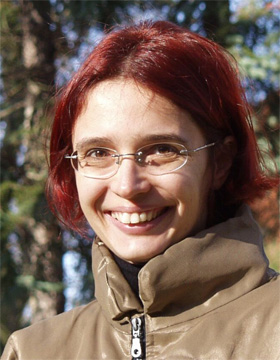 Containment and Sympathy. Social Housing for Roma/Gypsy People in Romania

The Roma/Gypsy people are an ethnic minority in Romania, comprising from 2 to 10 percent of the population, depending on what operational definition of the Roma is applied. The Roma people are significantly poorer than other Romanians. For example, using a 2.5% estimate for the size of the Roma population, the World Bank poverty assessment report concludes: "By 2002, Romas were 2.7 times more likely to be found among the poor than the rest of the population, and 5 times more likely among the extreme poor. Romas account for 7% of the total poor, and 12.5% of the extreme poor." The Roma people have also had to face prejudice and discrimination. In 1999, 49% of survey respondents declared that they did not want to have Gypsy neighbors (down from 72% in 1993).
My current research focuses on the relationship between state authorities and tenants in predominantly Roma neighborhoods of social housing. During my Wiko stay, I have reflected on the field experience from six case studies in Romania, trying to position the research findings in a policy-relevant discussion. The underlying question is, what measures should the state undertake with regard to social housing neighborhoods that would be a recognition of the human rights of the tenants?
I follow the sociological understanding of human rights of Bryan S. Turner as grounded in "moral sympathy," and in an understanding of the frailty of human bodies and institutions. The question arises, how can sympathy for underprivileged people be institutionalized? What structural conditions must be met-and which ones avoided-to ensure the possibility of a dignified life for impoverished people? I will discuss the relevance of several characteristics of social housing projects such as segregation, collective utilities, and undeveloped administrative systems.
The discussion will be illustrated with a short documentary about Piatra-Neamt, the town that has seen the largest housing project for Roma people. The housing project in Piatra-Neamt became famous when in October 2001 the mayor declared his intention of resettling the Roma from dilapidated city blocks into a well-guarded colony at the edge of the city: "We will remove this black plague from the future residential district. We shall transform these "GOC"-farms into a genuine ghetto. We will surround the place with barbed wire, we will send guardians with dogs to watch the place. There is nothing to be done with these people. They only commit burglaries, break things, and steal."
The project was finalized without the repressive accessories, and the Ministry of Housing presently considers it a successful approach. The main risk of the project is the segregation and concentration of the Roma in a disadvantaged neighborhood, coupled with rudimentary administrative systems. High indebtedness rates lead to a widespread vulnerability to evictions. Nevertheless, the project constitutes an improvement over the previous housing conditions of the tenants, especially because of individual access to utilities. The project is illustrative of the unstable equilibrium of such deprived neighborhoods.

Who theorizes age? : the "socio-demographic variables" device and age-period-cohort analysis in the rhetoric of survey research

Spaces and borders : current research on religion in Central and Eastern Europe Religion and society ; 51