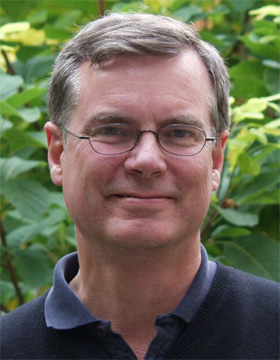 Born in 1949 in Pittsburgh, Pennsylvania
Studied Social Relations and Child Psychology at Harvard University and at the University of Minnesota

The Development of Spatial Cognition: Organization of Perception and Action During Learning and Development

A main goal is to complete a draft of a book about the organization of perception and action during learning and development. It will connect work on locomotion and navigation with work on imagery and perceptual-motor coordination for other actions, including using tools, hurling objects, and speaking. The core topic of the book is to understand how actions are scaled in environmental terms. How is it, we ask, that people know how to throw a ball to reach a given target? How is it, we ask, that people can proactively locomote and navigate even without continuous feedback? How is it, we ask, that people know how much vocal intensity is needed to communicate with a person who is listening at a distance? The amount of action in each case depends on the actor's distance from the goal, and in addition people learn to fine tune their actions to fit the details of their circumstances. A main thesis of the volume is that this learning is organized functionally, so that when people learn to adjust a particular form of action the learning transfers to all actions that serve the same functional goal. The volume should synthesize work about learning and development of humans and animals and consider ways the nervous system might be designed to accomplish a functional organization.