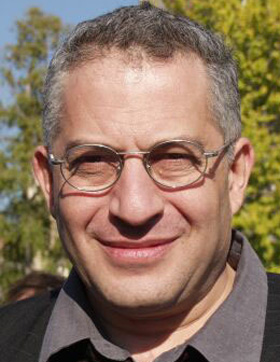 The Dialectics of Exile and History

The study aims to examine the dialectics of "history" and "exile" in modern Jewish discourse, and particularly in Zionist discourse. I will argue that the notion of "return to history" and its complementary "negation of exile", which is commonly used for the description of Zionism, expresses an acceptance of a secularized version of the Christian perception of "history" and particularly the negation of the pre-modern Jewish perception of history, as embodied in the concept of "exile". The present project aspires to reveal the potential embodied in the concept of exile as a challenge to the notion of "history" and the various dichotomies it produces. By associating the concept of "exile" with the concept of "binationalism" (which I elaborate as a critical category), I shall probe such existing dichotomies such as "West"("East", "Jew"("Arab", "Secular"( "Religious". The perspective of Mizrachi ("Oriental Jews") intellectuals, scholars, and artists shall be my initial field for this investigation.

Messianism, Secularism and Binationalism: Zionism According to Gershom Scholem

My project is an attempt to analyze some aspects of Zionist historical consciousness as they are reflected in the phrases "Negation of Exile" and the "Return to History." These phrases demonstrate the theological dimension of Zionist national consciousness as well as the orientalism inherent in the so-called secularization and nationalization of Jewish consciousness. I will also forward the concept of exile as a challenge to both the dominant Zionist orientation and to the modern notion of "history" and the various dichotomies its produces. I intend to link it with the concept of "bi-nationalism," which I suggest is not a political model but rather a critical category vis-à-vis present dichotomies such as "West" and "East," "Jew" and "Arab," "Secular" and "Religious."
In this lecture I will illustrate some of these aspects as they appear in the writings of "the first Fellow" of the Wissenschaftskolleg zu Berlin-Gershom Scholem, who died several months after his return From Berlin to Jerusalem (the title of his autobiography) in 1982. Well known as the great scholar of Jewish mysticism and Messianism, Scholem was one of the prominent German-Jewish intellectuals of the last generation, and his project is often dealt with in relation to the writings and thought of figures like Kafka, Freud, Franz Rosenzweig, Hannah Arendt and particularly his friend Walter Benjamin. I am of the view that Benjamin's "Theses on the Philosophy of History" should be read as a critique of Scholem's Zionist perception of Jewish history.
Scholem's Zionism was born in this context, as a result of the crisis of liberalism and as a revolt against German-Jewish liberal culture. He should be seen both as one of the creators of the Zionist myth and as one of its critics. Scholem constantly warned against "Messianism," but as I will argue, his own approach fostered and enabled the rise of radical nationalist trends. In the 1920s he supported the bi-national idea and contributed some of the most interesting critical essays exploring and criticizing the Zionist link to colonialism. However, in the 1930s he abandoned this position and began to play an important role in shaping Zionist historical consciousness.
This constellation makes the reading of Scholem's writings an important starting point for understanding the concrete aspects of the nationalization and "secularization" of Jews and of the land, and the discussion of Zionism may aid in revealing certain aspects of the modern western perception of history in general.

The censor, the editor, and the text : the Catholic Church and the shaping of the Jewish canon in the sixteenth century Ha-Tsenzor, ha-ʿorekh ṿe-ha-ṭeksṭ. <engl.>