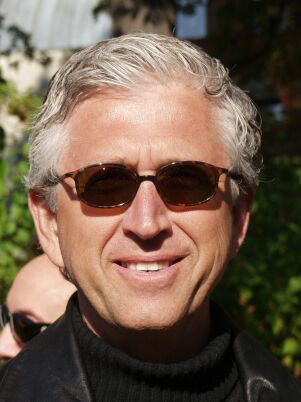 Born in 1948 in Portsmouth, Virginia
Studied Philosophy and Greek at Trinity College, Hartford, Connecticut, and at The Pennsylvania State University

The project is a book about Hegel's practical philosophy; that is, how Hegel understood actions and deeds to be distinct from natural events, and what he thought made some considerations justifications for actions. The most important task is to identify what Hegel thought freedom consists in - what it is to live a free life - and how he answered the standard questions: whether such freedom is both metaphysically and historically possible, how important it is, what modern institutions can be said to be realizations of such freedom, and why just those. The latter is especially important since Hegel famously claimed that persons could only be free, indeed could only be rational agents, as participants in a form of ethical life (Sittlichkeit), and he did not believe that the task of philosophy was to construct ideal versions of such institutions. He gave to philosophy a historically diagnostic task and so linked reflection to historical "actuality". The goal is to offer an interpretation and defense of such claims without reliance on any premise about metaphysical monism, historical necessity, or theodicy (premises, I claim, that Hegel was not committed to, but which figure prominently in most standard interpretations).

Philosophy in/as Literature. For Example: Proust on the Self

The paper is part of an ongoing project conerning the relationship between philosophy and literature. Opinions about the issue are quite broad, ranging from some (the great majority in academic philosophy) who believe that there is no interesting overlap or joint project (literature does not "assert" anything; there are no arguments in literature), to some who think that literature helps us form a more discriminating judgment in the application of philosophical principles, or even that literature educates us morally, to others (the postmodernist camp, let us say) who argue that there is no good way to distinguish the two or even that philosophy is a form of literature (that dare not speak its name).
The basic model for my project is Hegelian, as in Hegel's appeals to Sophocles, or Diderot or Jacobi in his Phänomenologie. Literature should be understood as part of the same sort of attempt at self-understanding undertaken by philosophy and religion, that there are truth claims in literature (of the sort: some historical social world is really like this, not that; human motivation works this way in such a world, not that, marriage came to mean this to members of that social world, in a way understandable because of X or Y, etc.) and that there is some analogue of philosophical work going in in literature, a demonstration of a sort. The goal is to avoid treating literature as merely exemplfying some idea or norm or attitude.
My example today is Marcel Proust's 3000 page novel, À la recherche du temps perdu. As many frustrated readers have pointed out, for all its massive length, not much really happens in the novel. The main plot is simply: Marcel becomes a writer. Along the way, many dinner parties are given, Marcel falls in love, some people die (including Marcel's grandmother and his beloved), Marcel becomes ill and withdraws from society, and we learn that he seems to be able to remember in an unsual way that feels more like re-experiencing rather than dimly "remembering that p."
But this theme actually touches on an issue of great importance in much (especially romantic) literature, the problem called by Nietzsche"how one becomes who one is." There is, I want to show, a Proustean interpretation of this question and an "answer" to it of sorts, one especially evident in the instances of "failing" to become who one is, from the case of Swann to many others later in the novel. I look at four themes (1) The extremely complicated narrative strategy of the novel (who is writing what, when). (2) Becoming a self-in-society, where such a becoming is a social struggle; (3) Selfhood and love. (4) Marcel's self-identity as an artist, and the role of artistic idealization, fantasy, self-fashioning and creation in, paradoxically, knowing the truth, especially the truth about oneself.

Hollywood westerns and American myth : the importance of Howard Hawks and John Ford for political philosophy The Castle lectures in ethics, politics, and economics

What is a western? : politics and self-knowledge in John Ford's The Searchers