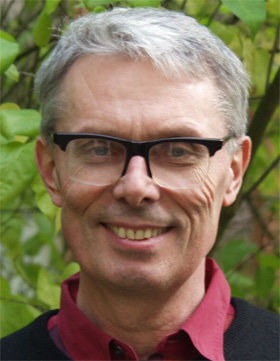 Professor of History of Science

Born in 1950 in Troyes, Aube, France
Studied Physics and History at the University of Reims and at the EHESS

Science and the Public

Contemporary changes in the place, production, and regulation of knowledge in society are one of the most important questions to be tackled today. Whatever the problems we consider - epistemic problems linked to non-linear science or the place of models and simulations in science and political decisions (in the estimation of climate change for example), social fears and protests vis-à-vis regulations of techno-scientific products (the introduction of GMOs or the future or nuclear wastes), ethical questions (due to the potentialities of genetic engineering), political problems linked to the increase of private science versus open science (as in the battle over the control of new varieties of rice), etc. - they simultaneously imply all the realms of human and collective activities. For that reason, it is essential to better characterize today's regimes of the production, assessment, and regulation of knowledge, their articulation on the economic, financial, and legal modes of social functioning, their insertion in the ways public accountability and political debates are managed, and the performative character they show in recomposing social order.

The Production and Regulation of the Sciences in Society Today

This talk is partly based on a work in progress. In the past, I have mainly concentrated on more historical matters. I worked first on the history of the physical sciences in the late-nineteenth and twentieth centuries, on certain disciplines like particle physics, but also on physical practices in defined cultural and political contexts like Cold War America or France in the interwar years. Second, and at a more philosophical and epistemological level, I have written books and articles on the functioning of the physical sciences as systems of know-ledge, on what counted as a proof, for example, or what counted as a laboratory fact in various contexts such as that of Wilhelmine Germany. More recently, I have tried to construct larger narratives in which my aim was to imagine theoretical frames which could allow for the writing of long-term histories of the sciences in their social context. It was in developing such frames that I became aware of what is happening today, of what has been going on for the past two or three decades, and what we should consider as the major shift in science production and regulation since the last third of the nineteenth century.<br>
My aim in this talk is to consider that most recent period and to tell you where I am in my understanding of it. I will start my talk with some general remarks about the fact that, historically speaking, modern science (from the sixteenth century on) has always been of interest to political and economic powers. As a social institution, it has always been in close relation to various interests and has been produced in a large variety of social spaces-courts, universities, academies, military and engineering institutions, business and popular contexts, and so on. In a second section, I will turn my attention to the new regime of science production that has been established over the last three decades, a process parallel with the emergence of a new regime of social regulations. The main point I will develop here is that we moved from a system of science in society dominated by an equilibrium between science as public good and science as industrial good to a system in which a market-oriented appropriation of scientific knowledge is now in the ascendant. Definitions of intellectual property rights and rules for patenting have been transformed in a qualitative way in the process-a historical change whose consequences are other ways of working, publishing and dealing with colleagues. In a third and fourth section I will look at the emergence of new kinds of scientific practices and products and at the emergence of a new-to employ contemporary parlance-"civil society" with new complex relations to industrial techno-science. Because the techno-industrial world to which scientific knowledge is now organically linked has the power to dramatically and often irreversibly alter our lives, a greater attention and growing demand for social accountability has surfaced in many segments of the population. Finally, I will consider how this understanding might help us in devising tools for the future. If we agree on the diagnosis, and if we consider that a lively democracy cannot but rely on different "cités de justice" and on different "modes de dévolution des biens," certain proposals could be made to help us face the situation which first emerged and has been in place since the 1970s and 1980s.

What about participation, governance and politics? : Remarks on contemporary techno-science and the field of STS

Understanding the forms of government in today's liberal societies : an introduction

Challenges for the democratic management of technoscience : governance, participation and the political today

The historical heritage of the 19th and 20th centuries : techno-science, markets and regulations in a long-term perspective

Historical perspectives on science, society and the political : report to the science, economy and society directorate European Commission ; January 2007

Scientists in time of war : World War II, the Cold War, and sciences in the United States and France