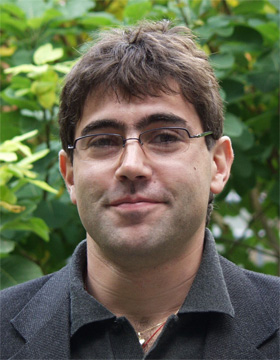 I investigate how Chinese and Russians, two newly mobile non-Western populations, create alternatives to established tourist geographies. Commercial tourism and migration flows in China and Russia, growing simultaneously in the past decade, create geographies that reinterpret the meanings of the classic, Western-made tourist scapes, of Europe and the Mediterranean as well as of China and Russia. The extent to which these new geographies differ from globalized tourist tropes reflects dominant discourses of truth in China and Russia respectively, as well as the enmeshedness of the tourist project with the migrant project.
To uncover these emergent geographies, I use fieldwork in China and Russia as well as in Europe and the Mediterranean. We look both at the production and dissemination of tourist sites/sights by the state and the market and at their consumption by package tourists, and we compare the narratives to those in the era before commodified tourism emerged.
As a mirror to this research, I will be pursuing two corollary projects looking at narratives of Westerners traveling to the non-West in very particular historical circumstances: German governesses in Eastern Europe between the eighteenth and the early twentieth century and East Germans who traveled to Lake Balaton in Hungary in the 1970s and 1980s.

Scenic Spots: The Construction of the Chinese Tourist Site

I investigate how Chinese and Russians, two newly mobile non-Western populations, create alternatives to established tourist
Tourism is an aspect of human mobility that social scientists have not taken as seriously as its scale and meaning demand. To the extent that they have, conceptual studies of tourism and a broader metaphoric discourse have associated the tourist with the "Westerner", universalizing the meaning that tourism has acquired in the specific historical experience of Western modernity. Yet organized, commercialized mass tourism is spreading to vast populations that have not previously known it, with potentially momentous consequences for countries that will become exporters of leisure to newly mobile non-Western populations - whose ideas of leisure may be different from those in the West. Understanding the tourist practices of these populations may force us to revise our ideas of the tourist as - in MacCannell's (1976) term - "Modern Man".
In my talk, I will present part of my ongoing work on the construction of the tourist and the tourist site in China, which I conceive as an ethnography of cultural authority. In the first part of the talk, I will analyze contemporary promotional brochures published by tourism authorities and travel agencies in mainland China and show how they perceive tourism as a consumption of "scenic spots" (jingdian), bounded and controlled zones. "Development" and commodification are explicit in these representations, which lack the "romantic gaze" and fear of commodification that continue to dominate the Western discourse of tourism. I trace the notion of scenic spots to pre-modern representations of gentry travel in China and argue that the revival of these representations has been made possible by the lack of the distinctly modern, romantic, exploratory and self-bettering discourses of tourism that emerged in the West after the Enlightenment. In late socialist China, the notion of the scenic spot has been appropriated by the state's nation-building project and become hegemonic in the tourism market. <br>
In the second part of the talk, I will report on my preliminary fieldwork at a popular Chinese tourist site, Jiuzhaigou, and show how tour guides and tourists frame the consumption of the scenic spot. To do so, I will compare Jiuzhaigou to a nearby town, Songpan, which is not a scenic spot for Chinese tourists but is popular with Western backpackers.
After a review of the constitutive features of the scenic spot, I will offer some suggestions as to how the Chinese construction of the tourist site may be useful for understanding the mechanisms by which the Chinese state has so successfully continued to resist challenges to its authority to represent and interpret Chinese culture. In conclusion, I will raise some questions about the increasingly widespread encounters between Chinese tourists and Western tourist landscapes. How is authority established over the interpretation of these sites outside the national borders, and what can this mean for the formation of the Chinese subject in the modern world?

The "New Migrant": state and market constructions of modernity and patriotism

China inside out : contemporary Chinese nationalism and transnationalism

Expatriating is patriotic? The discourse on "new migrants" in the People's Republic of China and identity construction among recent migrants from the PRC