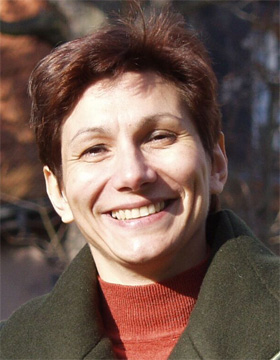 The project focuses on an aspect of the workings of institutional power in modern settings: the imposition of various schemes of normalisation upon individual lives and personalities. It will inquire into how ideas of the "normal" ways of thinking, acting and behaving come into being and how they mould the individuals' expectations, goals and strategies. The focus of interest is the notions of the normal life course set by institutions and appropriated - but also modified! - by individuals seeking to comply with (or sometimes resist) them in their everyday lives. Thus the research interest is directed to the interplay of public and private, institutional and everyday life, macro and micro.
The research will try to explain the construction of life course (life career, life trajectory) as a social institution not only in the sense of formal institutionalisation of life phases, but in the sense of structuring the individual's life projects and horizon of expectations as well. That implies, on the one hand, individualisation in the sense of liberation from traditional networks and local contexts, and on the other - standardisation in the sense of establishment of new, universal forms of control.
Because it is almost never questioned, normality is difficult to capture, except in the process of its change and passage to a new normality. The so-called "communist modernisation" (1940s(1960s in Bulgaria) as well as the present post-communist transformations offer such a chance. That is why the attention will focus predominantly on those periods of change, where there appears a tendency towards destandardisation and breach of Gestalt as far as notions of life course are concerned.

Paving the Life Path. Legal and Social Prerequisites for the 'Normal Biography'

Having worked with life stories for almost a decade now, I have often come across notions of normality-usually in an interviewee's embarrassed remarks that their lives have been "nothing special," "just normal, ordinary," and therefore probably not worth a researcher's attention. In other cases the interviewee's perception of their life as deviating from the "normal" is what seems to have triggered a story about it in the first place. In still other cases "normality" is present in the way the story is told: the ordering of events, the language, the rubricated structure resembling that of a curriculum vitae, etc. Of course, no one has ever bothered to explain what "normal" is-it has always been taken for granted by both researcher and interviewee that they have a shared understanding of its meaning.
But what indeed does "normal" mean? The concept itself contains a certain inherent tension between fact and value. On the one hand, "normal" has a calm descriptive connotation referring to statistical averages, to what is widespread and generally accepted; on the other hand, it refers to the norm as something to be achieved or preserved, and thus has a normative connotation as well. I find this ambiguity a fruitful starting point for probing into "normal biography." The latter is therefore "normal" first because it is widespread and highly predictable; but it is also normal (i.e. widespread and highly predictable) in terms of the ideas of what a "good life" should entail, to which interviewees implicitly refer when narrating their own lives-that is, it has a normative dimension as well.
My aim is to seek out the origins of notions of normality, proceeding on the assumption that a normal life course is a social and historical product and, furthermore, the product of a "historical labor of de-historicization" (Bourdieu). Using M. Kohli's thesis of the institutionalization of the life course as a reference point, I will try to describe the mechanisms by which the life course has become a social institution in modern Bulgaria. By this I mean the elaboration of institutionally established norms that have led to the emergence of certain notions and expectations about the "normal" life course, often reinforced by the functioning of specialized institutions responsible for the service and control of different phases of the life course or different life situations.
To trace the institutionalization of the life course, I will look at several groups of laws passed from the end of the nineteenth century (Bulgaria being established as an independent state in 1878) to the 1980s and seize upon different aspects of the construction of the normal life course-namely, the making of the individual as social agent and subject of rights and duties; the molding of the citizen in accordance with state ideologies; the "slicing" of the life course into clear-cut phases dependent on chronological age; and the invention of categories to define universal life situations for the purpose of institutionally provided care and control.
I do not contend that these arrangements had any particular direct impact on people's minds and on their notions of "normal life"; however, they set the rules by which one was expected to abide. Thus they established a point of departure for reality, with the political imaginings (at least in part) being enacted in real life and with certain levels of correspondence being achieved between institutional projects and individual lives.

Belene : remembering the labour camp and the history of memory

Hope for the past? Postsocialist nostalgia 20 years later

'My life has mostly been spent working' : notions and patterns of work in socialist Bulgaria

The memory of socialist public holidays : between colonization and autonomy