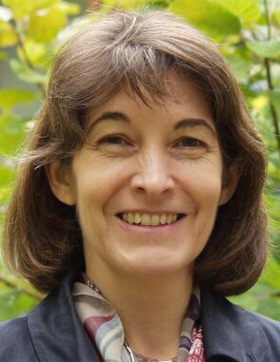 Esteem and Contempt. Economies of the Passions in Enlightenment Philosophy

Theorists of the passions in the seventeenth and early eighteenth centuries frequently assume that humans are naturally prone to feelings of esteem and contempt, which shape many of their social relationships. Furthermore, these psychological dispositions are widely appealed to in order to explain and legitimise hierarchical polities. By the end of the eighteenth century, however, it is commonly assumed that people are capable of living in comparatively egalitarian societies. I aim to examine the changes in moral psychology, and in the connections between psychology and political philosophy, that accompany this shift. In particular, I shall try to see what emotional dispositions are assumed by egalitarian authors, and what becomes of esteem and contempt. I hope that, during my time at the Wissenschaftskolleg, I shall produce the draft of a book on this theme.

What's Wrong with Superstition? Spinoza on Fear and Devotion

I have recently begun to work on a new research project about the relationship between politics and emotion, and have been approaching this theme in two connected ways. On the one hand, I have begun to examine the conceptions of the political subject embedded in some contemporary political theories, to see what role they give to the subject's emotional capacities. This has led me to think that these capacities are often unduly neglected, and that in order to develop a richer account of political action we need to pay more attention to them. One aspect of my project is therefore to consider how this might be done. On the other hand, I have turned to the history of early modern philosophy, in the expectation that it will yield some useful leads and suggestions. This is part of my reason for spending the year writing a book about Spinoza's political philosophy, and this is the topic I shall take up in my talk.
Spinoza, who was born in Amsterdam in 1632 and died in the Hague in 1677, wrote two political works, the Tracatatus Theologico-Politicus, published in 1670, and the Tractatus Politicus. The first of these, on which my talk will concentrate, is much the most difficult and contentious, but remains exceptionally interesting for several reasons. It contains a challenging interpretation of the notion of a right; it examines the role of ideologies in creating and maintaining social cohesion; it advocates a form of religious and cultural pluralism; it defends what Spinoza calls the freedom to philosophise; and it aroused a storm of criticism as soon as it appeared.
There have been many attempts to explain exactly what is going on in this complex work, but one of the most enduring strands of interpretation continues to present Spinoza as a prophet of the Enlightenment. This reading provides part of the context for my book, in which I argue that one can see the limitations of such an account by focusing on what Spinoza has to say about superstition. Rather than simply reiterating the hostility to superstition that is a staple of so much Enlightenment philosophy, his treatment of it is remarkably ambivalent. It opens up a series of questions and suggestions that are not only historically innovative, but also remain pressing for political philosophy today.

Spinoza on philosophy, religion, and politics : the theologico-political treatise

Reason, the passions, and the good life

The passions in metaphysics and the theory of action

Freedom and the imaginary