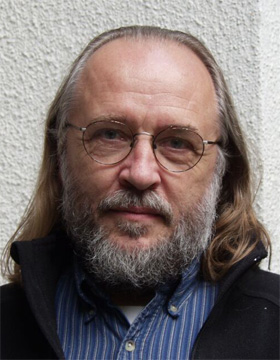 The Evolution of Social Wasps: A Case Study in Natural Selection

I plan to write a book that will detail the evolution of sociality by means of natural selection in a single lineage of insects, wasps in the family Vespidae. A cleanly argued and extensively documented case study, I believe, will demonstrate by example that a natural selection perspective can accurately and comprehensively reveal the evolution of one of nature's most complex and intriguing living systems. For more than two decades, the study of social insect evolution was dominated by a theory-based approach that drew support from inferential reasoning, correlative evidence, and comparative studies. Because this analytical framework was adopted by high-profile scientists at elite institutions, seemingly more pedestrian approaches to the subject were given relatively scant attention ( even if the latter approaches, founded on the bedrock of Darwinian natural selection, were more likely to be ultimately successful in explaining the evolutionary process. Therefore, subtexts of the book will be that empirical studies can be as intellectually satisfying as are more abstract approaches to enlightenment and that deep understanding of a model system can yield insights not easily obtained by comparative methods.

The Evolution of Insect Sociality: Wasps as a Way of Knowing

Social insects are characterized by colony living and, in particular, by having colony members that do not reproduce and that perform tasks that enhance the reproduction of other colony members. Darwin wondered how morphology and behavior unique to non-reproductives could evolve, because they leave no offspring. Family-level selection was the mechanism he proposed. W. D. Hamilton looked at the origin of non-reproduction itself, and he couched his explanation within a model for the evolution of "altruism."
Sociality has evolved more times in Hymenoptera than in any other insects. Other researchers have established a framework of hymenopteran relationships, and I have used that framework to construct an historical analysis of the evolution of social wasps. For example, the gender-determining mechanism called haplodiploidy has been found by others to lack robust empirical support for a widely known proposed role, but historical analysis highlights a different, little-discussed yet significant role for haplodiploidy.
The role of nourishment - especially its sources, utilization, and the variability of its distribution among colony members - has been a particular focus of my research. An observation of apparently anomalous brood feeding behavior by male wasps opened my thinking to an important role that brood feeding plays for reproductive females. An observation of dramatic behavior by some wasp larvae - itself a startling discovery - opened my thinking to the active role that larvae may take in affecting the course of their own development.
Social wasps evolved in the context of nesting behavior in which a reproductive female lays eggs over time, and so her larvae are of different ages. The reproductive feeds the larvae directly, and the larvae, in turn, produce saliva that the reproductive drinks. The first larvae, all of which are female, develop with inadequate nourishment to be successful reproductives, and they also emerge as new adult females into an environment in which there are no males for mating. These poorly developed, unfertilized females remain at the nest where they were raised, and they perform maternal care behaviors in all ways but one - they lay no eggs. Such alloparental care fosters full development of subsequent brood, now including males, that constitutes the reproductive output of the colony. As soon as the first female offspring of a colony exhibits alloparental care, natural selection begins to operate at the level of the colony (Darwin's "family") rather than at the level of the individual.
Colony-level selection is not widely accepted in current thinking about social evolution, although the concept is gaining increasing support. A brief argument can clarify my position, which is that although selection may act among colony members as well as between colonies, the latter is more significant in shaping social evolution.
Hamilton's writings on "altruism" contributed to two problems that plague the field of behavioral ecology. The first is the widespread use of teleological jargon. The second is to frame questions with the interrogative "why?". Both lead to thinking that is couched in terms of "proximate" versus "ultimate" factors and explanations. In science, there is only the proximate. There is no "why".

Creationism and the Anti-Evolution Movement in America

Development of an RNA interference tool, characterization of its target, and an ecological test of caste differentiation in the eusocial wasp Polistes

The evolution of social wasps

Evolution of castes in Polistes