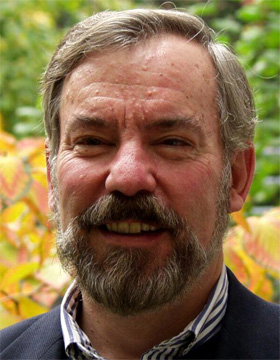 When flows of international trade and finance increase, governments face pressure to improve the mechanisms for allocating resources in their economies so as to remain competitive and to provide social protection to groups disadvantaged by increasing economic openness. This project examines the response of four nations - Germany, Britain, France, and Sweden - to such pressures at four moments during the post-war era: 1958-65, 1971-79, 1984-1992, and 1998-2003. The object is to describe the distinctive distributive effects and economic flexibilities secured by the adjustment trajectory of each nation and to explain why those trajectories were chosen, considering the behavior of governments, firms, and producer groups. The goal is to put "globalization" into historical perspective by assessing how nations establish or stretch the trade-offs between social protection and economic flexibility and to consider how democracies forge responses with substantial distributive implications out of the multiple decisions taken by private actors as well as governments.

Is it Finally Time for Germany to Liberalize its Economy? Understanding Varieties of Capitalism in the Developed Democracies

This presentation will provide an overview of a new approach to understanding the institutional similarities and differences of the political economies in the OECD, which I have been developing with several colleagues. The overarching question is: how does variation in the institutions of the political economy influence national economic policy and performance?
The 'varieties of capitalism' approach we have developed sees firms as the central actors in the economy. Their capacities depend on how effectively they coordinate with other actors in five arenas surrounding the firm. Broadly speaking, this coordination can take two forms-coordination through competitive market relations or coordination through strategic interaction-and which is chosen will depend on the level of institutional support for each in the political economy. Accordingly, we distinguish between 'liberal market economies', such as that of the U.S., and 'coordinated market economies' such as that of Germany.
I will outline the differences between these types of economies and draw out their implications for comparative institutional advantage, the presence of institutional complementarities in the political economy, and national responses to globalization. Then, I will present the results of some recent statistical efforts to assess whether this approach is valid.<br>
Finally, I will consider briefly the implications of this approach for contemporary debates about the German economy. The result is not a definitive answer to the question 'should Germany liberalize its economy?' but a different perspective on the challenges Germany faces and the dynamics it is now experiencing.

Systematic process analysis : when and how to use it

Introduction : the politcs of social change in France

Varieties of capitalism : the institutional foundations of comparative advantage

Governing the economy : the politics of state intervention in Britain and France Europe and the international order