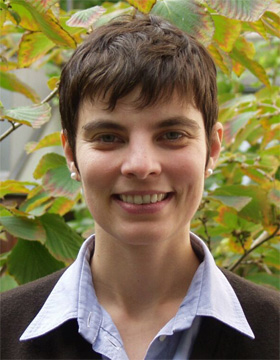 Born in 1968 in Sofia
Studied History at Sofia University, Central European University Budapest, and at the University of Cambridge

The Culture of Business Trips Abroad Among Bulgarian Citizens During Socialism

I intend to explore business trips abroad in socialist Bulgaria as a specific instance of cultural mobility. From the late 1940s to the late 1980s, Western countries were conceived as the official enemy of the socialist states, and travel there posed the danger of ideological contamination. Yet business trips were necessary and did happen. They were sanctioned by the top state and party institutions, which felt responsible to preserve the citizens intact from the encounter with the foreign world. Above all, they had to ensure that travelers' minds were not affected by foreign ideology and by contemplating the products of capitalist culture. The ruling Communist Party apparatus endeavored to achieve the mobility of bodies while precluding the mobility of minds. At the same time, travel to the West became a privilege granted to a tiny minority of socialist society. Trips to the other side of the Iron Curtain became a distinction between ordinary Bulgarians and members of the socialist elite. Certain aspects of Western culture became useful and desirable, while others needed to be isolated and their transmission to the East filtered or blocked. Travelers to the West during socialism were regarded in an ambiguous way by their own country and they themselves experienced their travel as a combination of danger and privilege. I will try to grasp this ambivalent essence of mobility in the context of mutual ideological suspicion, when bodies and objects were permitted to move but minds had to stay "at home".

My talk will be about some aspects of mobility in socialist Bulgaria, meaning the period 1944-1989. I am interested in how people traveled, especially outside of Bulgaria to the capitalist West, and how restrictions on their movement gave rise to specific forms of travel and perceptions of the West.
The talk will have three parts. The first one will begin with an explication of the various reasons that contributed to the establishment of coercive exit regimes in Bulgaria and some other socialist states in Europe. Then a description will follow of the multitude of barriers Bulgarian citizens faced if they wished to visit the West. Foreign travel in socialist Bulgaria was strictly divided into travel to socialist countries and travel to capitalist countries, and the specific distinctions were codified in published and unpublished edicts and laws.
The second part of the talk will focus on a transformation of the control over travel in socialist Bulgaria that took place in the late 1950s and early 1960s. The need for Western imports to support the policy of rapid industrialization compelled the socialist states to embark upon a course of "peaceful coexistence and cooperation" with the capitalist West. This economic imperative accompanying continued ideological confrontation resulted in significant changes in the regime of exit and conditioned the rise of a new type of travel, namely official travel, that was governed by its own institutions and rules. Despite the fact that official travel was a product of the relaxation of East-West relations at the end of the 1950s, it was not conceived as a right that might further expand, but as a duty, an obligation to serve the socialist state.
The third part of the talk will focus on descriptions of official travel to the West. The majority of the authors of travel literature providing accounts of visits to the West for the more than 40 years of socialism in Bulgaria turn out to be official travelers. Because of the strong censorship, their writings can be seen as further instruction on how to see, where to go, and whom to meet in the West. Complementing the administrative procedures and police surveillance, they served as a kind of manual disciplining travelers' sight and perceptions. Three types of travel writing will be discussed: forbidden books, criticized books, and books that represented the canon. An attempt will be made to trace the implications of the relaxation of travel control in the late 1950s for the manner in which the West was described. An accent will be placed on the various goods and objects that were acceptable to be bought and brought to Bulgaria, as well as on representations of Western material wealth. At the end, I will try to account for the relationship between the movement of people and the movement of goods in the context of a socialist state.

Sounds and noise in socialist Bulgaria