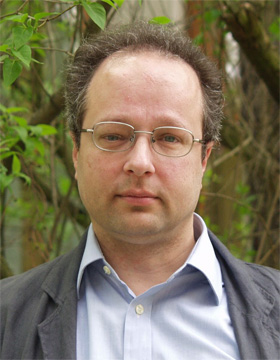 Born on March 15, 1960 in Germany; passed away February 3, 2007 in London.
Studied History at the Universities of Florence, Siena and Cambridge

The Generation and Transmission of Technical Knowledge in Europe 1200-1800

The project examines the role of experience in the generation and transmission of technical knowledge in Europe from 1200 to 1800. It focuses on the training of skilled labour, on craftsman and engineer heuristics and experimentalism, and on the transmission of knowledge through mobile labour. It aims to show that standard "premodern" tacit and explicit knowledge systems can explain the peculiar technological trajectory of medieval and early modern Europe, including the First Industrial Revolution.

The backdrop to my current work is a classic question in (economic) history: what explains the Industrial Revolution, and why did it occur in Europe rather than, say, China? My project tries to account for three established facts and some plausible implications. First, the Industrial Revolution is the result of a process of small-scale, incremental change beginning c.1200 or before. Technological progress in premodern Europe was persistent and uninterrupted; by contrast, great Asian civilizations (China, India) experienced 'short' (2-3 centuries) bursts of technical progress, followed by stagnation. Second, technological leadership in Europe was geographically unstable, with leadership shifting slowly from the east-central Mediterranean to the north-west. By contrast, leadership in Asia tended to be geographically stable. Third, premodern technical knowledge was largely tacit. It was thus essential that technicians be able to move easily from areas in decline to new technical leaders. In Europe, technicians could migrate cheaply because they were part of non-ascriptive groups, and were in demand from competing investors; in China and India, mobility was lower, because ascriptive groups were stronger and competition for technicians was weak.
Today's talk focuses on how premodern European societies trained skilled craftsmen and engineers capable of generating technical innovation. I ask how premodern technical knowledge was stored to avoid loss; how tacit, visual, verbal and ostensive, and written means of transmission were used heuristically; and how established and new knowledge was transmitted over space. The discussion addresses the following points:<br>
1. The nature of experiential knowledge
* Acquiring skills, and the nature of expertise; the collective or 'distributed' nature of craft and technical knowledge<br>
2. Technical heuristics (rules for making things and storing knowledge)<br>
* evidence: mainly from large-scale edifice- and ship-building<br>
* flexibility in rule-making and rule-breaking; the cognitive limits of flexibility: empiricism and the inability to distinguish between structure and form<br>
* the use of drawing in edifice- and ship-building; the cognitive limits of drawing: producing innovation in structure or innovation in form?<br>
* 3-dimensional model-building as an alternative to drawing; experimentation<br>
3. Technological mobility across space<br>
* of texts and humans; obstacles to technological progress in premodern Europe: cognitive, epistemological or institutional?

Freedom and growth : the rise of states and markets in Europe, 1300 - 1750 Routledge explorations in economic history ; 17

An island for itself : economic development and social change in late medieval Sicily Past and present publications