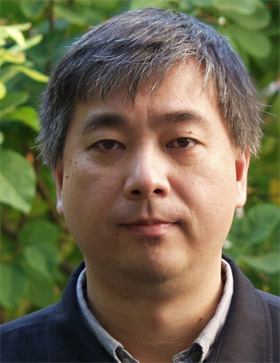 Following the pioneering works of John Pocock and Quentin Skinner on republicanism in the Western political tradition, I explore the republican vision of property and its contemporary significance for China and the world. The republican vision of property (and political economy in general), if revised and expanded to fit the condition of the 21st century, can provide an alternative to the dominant dichotomy of capitalism/socialism.

Proudhon, the German Historical School and the Republican Concept of Property - Reflections on the Recent Chinese Constitutional Debate

My interest in these questions is partially motivated by my participation in the recent Chinese constitutional debate. On March 14, 2004, China amended its constitution, in particular the "property clause". In the academic debate preceding the amendment, one proposal was prominent: China should write into its constitution that "private property is an inviolable and sacred right", as was stipulated in Article 544 of the Code Napoleon. My counter-proposal draws on Article 14 of the German Constitution and the "taking clause" of the American Constitution. This debate put the question "what is the nature of private property" into practical and theoretical focus.
A related Chinese debate (but overlooked by the international press) is the so-called "original sin" problem in the acquisition of private property. On January 1, 2004, Hubei Province (one of 29 provinces in China) issued an official document calling for "forgiving" the "original sin" - meaning that a statute of limitations will apply to pressing charges against people who got their property through "corruption". This document provoked a serious debate among legal scholars and the public at large and highlights the importance of the question "what justifies the original acquisition of private property".
This naturally leads me to Pierre-Joseph Proudhon (1809-1865), a French thinker who famously or infamously claimed "Property is Theft". More "respectability" will be given to Proudhon, if we remember the intellectual interaction between Proudhon and the German Historical School. Friedrich von Savigny emphasized that "property had nothing in common with possession" ("Nihil commune habet proprietas cum possessione"). When going to teach in Leipzig in 1849, Theodor Mommsen's friends sent him a sketch summarizing the essentials of Proudhon's teaching: "Dominium est furtum!" ("Property is theft").
If the implication of Proudhon and the German Historical School is that there is no deep theoretical justification for the existing forms of private property, are there alternatives? Of course, "Communism" is a dead end. Mrs. Thatcher famously coined the word "TINA" (standing for "There is no alternative"). But I venture to argue that there is a "republican concept of property" in early modern Western history, if we develop it further under the conditions of the 21st century, that promises an alternative to "capitalism", "communism", and "social democracy".

Wrestling with the invisible hand : soft-budget-constraint in the capitalist economy