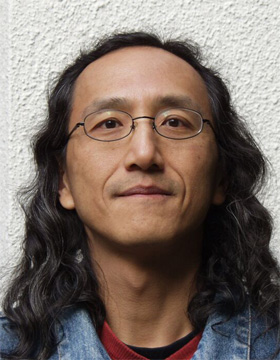 The comparative study of spatial cognition and the human development of spatial cognition used to be quite separate areas of study. In the last decade, however, much cross-fertilization has taken place. A good deal of this work concerns the use of the geometry of surfaces to re-orient after disorientation, which started with my early work on rats (Cheng 1986). The work has extended to other vertebrate species, including humans, other mammals, and birds. It has also spread to neuropsychology and artificial intelligence. Another much-researched topic in spatial cognition is path integration. In path integration, an animal keeps track of the straight-line distance and direction from its starting point as it travels. Path integration, too, has been studied in many species, including invertebrates, rats, humans, and others. It is high time to synthesize the developmental and comparative perspectives on topics such as the use of geometric properties, path integration, and others. The aim of this project is to bring together active researchers studying the human development of spatial cognition with those studying the comparative cognition of space. The project aims to unite developmental psychologists with comparative psychologists to discuss and compare diverse but related extant results and to formulate hypotheses and research programs. In the process, we hope to meet occasionally with neuroscientists working on spatial cognition as well, in order to gain a neurophysiological perspective.

A number of navigational mechanisms in a range of vertebrate and invertebrate animals are presented. The examples concern movement over short distances (meters to hundreds of meters). A central concept for understanding these mechanisms is the servomechanism. A servomechanism has a central comparator, which is linked to input and output systems. The comparator compares a standard (which specifies how things should be) with a record of current inputs (which specify how things currently are). The difference is an error. The error drives output systems. If the entire system is working correctly, the 'action' generated should reduce the error. The action also changes the current inputs, completing a negative feedback loop. In place-finding servomechanisms, the standard is a spatial goal (a place to reach). Various perceptual inputs provide a 'reading' of one's current place. Different mechanisms specify the goal and current place in different ways.
Path integration is a mechanism in which an animal keeps track of the straight-line distance and direction from the starting point as it travels. Places are specified as vectors from the starting point. Keeping track of the 'input' is the hardest part of this strategy; this is the vector (a distance and a direction) integrated throughout one's typically winding outbound journey. When it is time to go home, the standard is the zero vector. The current computed outbound vector needs to be reduced to zero. An example of excellent path integration, achieved by desert ants of the genus Cataglyphis, is presented.
Re-orientation is the process of establishing which direction is which after one has been disoriented. Some laboratory experiments on rats and humans on re-orientation in a rectangular arena indoors are presented. A common finding in vertebrate animals is that the basis for re-orientation (the standard, in my concept of servomechanism) is often the broad geometric shape of the space. Often, nongeometric cues that may aid re-orientation, including colors, visual patterns, individual objects, and smells, are not used.
Landmark-based spatial memory, also called piloting or mnemotaxis, is a mechanism that defines locations in terms of surrounding landmarks. The standard is how the surrounding landmarks should look like when one is at the goal. The specification of current place is also in terms of what surrounding landmarks look like. The animal moves so as to reduce the discrepancy between what things do look like and what things should look like. An example of landmark-based search by lab pigeons is given. The pigeon basically compares vectors to landmarks, 'should-vectors' and actual vectors.
Finally, honeybee navigation in foraging is discussed. The bee uses a sequence of servomechanisms to achieve its goal, in the process breaking down one tough problem into a number of easier problems. These servomechanisms include path integration to the area of the goal, flying towards a recognized nearby landmark (a process called beaconing), and image matching (the bee's form of landmark-based spatial memory), in which the bee tries to make the surrounding landmarks look like what it should look like at the goal.
Place-finding servomechanisms may not explain every navigational feat, but they do help us understand many kinds of animal navigation over a small scale.

Is there a geometric module for spatial orientation? : Squaring theory and evidence