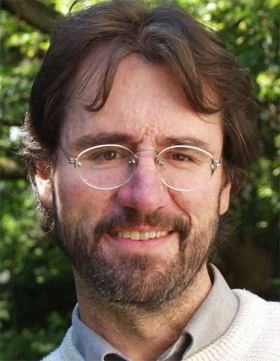 The project entails writing a book that will explore the emergent notion of "transnationalism" (concerning practices and processes surrounding global social networks), particularly with regard to migration. Due largely to advances in transportation and telecommunications, many migrants now - to a degree never before attainable - maintain close social, political, and economic links with homelands and communities of fellow migrants elsewhere in the world. This has a variety of implications for, among other issues: economic development in sending areas, cultural reproduction abroad, participation in homeland politics and integration into migrant receiving countries. The book will draw largely on the findings of a recently completed, five-year national research programme funded by the British Economic and Social Research Council (ESRC) and directed by Dr. Vertovec.

Remarks for Other Fellows
I invite colleagues to peruse the website of the national research programme I have been directing, which will considerably feed into the book I intend to write at Wiko. The URL is: http://www.transcomm.ox.ac.uk
Related academic interests include: cosmopolitanism, multiculturalism, Hindu and Muslim diasporas.

Migration and other modes of transnationalism : towards conceptual cross‐fertilization

Trends and impacts of migrant transationalism

Migrant transnationalism and modes of transformation