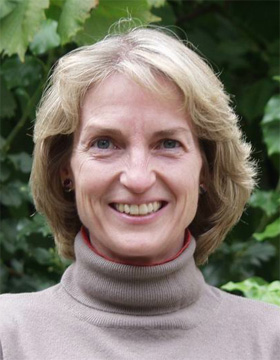 Born in 1956 in South Dakota, USA
Studied Political Science at the University of California, Berkeley

Industrial relations institutions in the developed democracies are currently experiencing new strains as a result of pressures associated with "globalization". My project explores the new dynamics of labor relations under these changed conditions in countries that have traditionally been characterized by relatively strong "social partnership". In contrast to much of the prevailing literature, I trace the most serious strains in industrial relations in countries such as Germany and Sweden not to conflicts between business and labor but rather to tensions within key employers associations. I argue that the decline of the lockout - brought about by employers' heightened vulnerability to industrial strife in the context of tightly coupled production networks and just-in-time production ( has paradoxically had a very destabilizing effect on social partnership in such political economies.

Recommended Reading
Kathleen Thelen. "The Political Economy of Business and Labor in the Developed Democracies." In Political Science: The State of the Discipline, edited by Ira Katznelson and Helen Milner. W.W. Norton and American Political Science Association: New York and Washington, D.C., 2002.
-. "Varieties of Labor Politics in the Developed Democracies." In Varieties of Capitalism: The Institutional Foundations of Comparative Advantage, edited by Peter Hall and David Soskice. Oxford University Press, 2001.
Kathleen Thelen and Ikuo Kume. "The Effects of Globalization on Labor Revisited: Lessons from Germany and Japan." Politics and Society 27: 4 (December 1999), 476-504.

What is the impact of globalization on labor in the advanced industrial countries? There are conflicting views. One body of work holds that globalization pushes all countries toward neo-liberalism and deregulation. This "neo-liberal offensive" perspective predicts an overall trend toward convergence, as centralized bargaining systems such as we find, for example, in Germany and Sweden move in the direction of decentralized, deregulated systems like the United States. An alternative "varieties of capitalism" perspective argues that the impact of globalization will vary according to prevailing institutional arrangements in different countries. This second perspective predicts overall stability of traditional collective bargaining arrangements in "coordinated" systems such as Germany and Sweden, and divergence between these systems and those in the more decentralized "liberal" market economies such as the United States and Britain.

My project this year is organized around assessing the relative validity of these two broad and competing claims. In my talk I will focus on two cases, Germany and (to a lesser extent) Sweden, to lay out the basic line of argument. Whereas the neo-liberal offensive theory tends to emphasize features of globalization (e.g., capital mobility) that shift the balance of power away from labor and toward capital, my research points to an alternative "face" to globalization that has quite different implications for labor relations in "coordinated" market economies. Increasingly integrated global markets have heightened the competitive pressures that many firms face, and where firms compete on the basis of quality and reliability (e.g., in the context of just-in-time production), the competitive environment has increased employer's vulnerability to industrial conflict. The dynamics that result from this appear on the surface to support central claims advanced by the "varieties of capitalism" theory. However, it turns out that employers' increased vulnerability to conflict - which shoring up coordinated bargaining arrangements in some important ways - also in some cases sets in motion feedback effects that are in fact deeply destabilizing to these systems. To put the thesis in very stark terms: where others emphasize destabilizing effects associated with declining labor solidarity in the context of new conflicts between unions and employers, I trace important tensions in coordinated market economies back to problems of declining employer solidarity generated in part by intensified cooperation between the labor and employers at the plant level.

How institutions evolve : the political economy of skills in Germany, Britain, the United States, and Japan Cambridge studies in comparative politics

Varieties of labor politics in the developed democracies