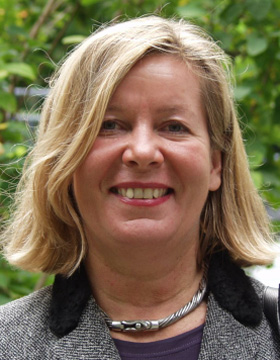 Born in 1949 in Kraków, Poland
Studied Law and Sociology at Jagiellonian University Kraków

Civil Society, Civil Courage, and the Right to Truth

The collapse of dictatorial regimes extended debate on political power and civil society. The new concepts of political power emphasize its ability to control and to manipulate human consciousness and public discourse, to interpret meanings and to manipulate memory, to decide on what is true or false. The debates on civil society brought about new ideas on law and liberal rights, which are conceptualized not in technical and rational, nor in purely negative and individualistic terms, but rather as positive rights of active citizens, based on their moral attitudes and their feelings about justice and dignity, supported by their civic bonds. Looked upon from the perspective of the past abuse of social consciousness and collective memories, as well as from the present efforts to learn and understand the past, the concept of civil society is linked to active individual and collective courage to face past human rights abuse, to debate it publicly, and eventually to compensate past wrongs.
Hence, one of the most important dimensions of civil society is the growing sensitivity to the control of meanings and of memories - collective as well as individual - and the courage to investigate past human rights abuse, i.e., civil courage. The aim of this project is to investigate the various forms of such civil courage and their impact on the formation of the new democratic and civic rights. The most important of the new rights on which this research focuses is the newly emerging right to truth. The truth, in the best traditions of the Central European dissidents movements, is not only an individual right, but also the foundation of a political order linking a liberal conception of individual rights with the republican idea of how these rights are interlinked with the public and political sphere.

Recommended Reading
Skapska, Grazyna. "Law, Rights and Democracy after Totalitarianism." In Pluralism and Law, edited by A. Soeteman. Kluwer Aacademic Publishers, 2001.
-. "Between 'Civil Society' and 'Europe': Post-Classical Constitutionalism after the Collapse of Communism in a Socio-Legal Perspective." In The Rule of Law in Central Europe, edited by J. Priban, J. Young. Ashgate, Socio-Legal Studies Series, 1999.
-. "From Rights to Myths. Transformation in Post-Communist Europe." In Western Rights? Post-Communist Application, edited by A. Sajo. Kluwer Academic Publishers, 1996.

The Truth about Gross Human Rights Violations of the Past: A Contribution to Critical Theory

"To look one's own history in the face is as much an obligation for nations as it is for individuals. Amnesia is a tragedy; self-imposed amnesia is a serious offense."
Jacques Le Goff, Geschichte und Gedächtnis (1992)

"The singular, explosive, incalculable political power of living within the truth resides in the fact that living openly within the truth has an ally, invisible to be sure, but omnipresent: this hidden sphere of authentic existence. It is from this sphere that life lived openly in the truth grows; it is to this sphere that it speaks and in it that it finds understanding. This is where the potential for communication exists....Living within the truth is humanity's revolt against an enforced position, is...an attempt to regain control over one's own sense of responsibility."
Vaclav Havel, "The Power of the Powerless" (1986)

The three quotes - from an historian, a dissident-turned-president, and a lawyer (executive director of the Inter-American Institute of Human Rights) - point to a sphere of social existence and to the dimensions of a social phenomenon seldom if ever explored by the social sciences. It is a sphere of communication that treats of gross human rights violations of the past committed by oppressive regimes, a sphere that institutionalizes approaches to such a past in the form of various legal or "transitory" legal institutions which investigate and prosecute, monitor and lustrate as well as facilitate the public debate and public reckoning with past atrocities. These institutions embody that otherwise hidden dimension inherent in social structure and social change - the moral dimension. Istvan Pogany, author of several books on human rights in eastern Europe, argued in 1997 that, "Confronting the past is a vital experience for traumatized societies and individuals, and a prerequisite for moving forward."

The Truth and Its Institutionalization
My research project makes three basic arguments. The first is that any sociological study of the truth pertaining to gross human rights violations of the past is in fact a study of the society itself as well as the daily lives of its ordinary citizens and the rules of social communication. Therefore the public debate about past human rights violations and the ways in which people "come to terms" with them reflect the various experiences of victims, families of victims, and perpetrators. We are dealing here with a truth that emerges from the investigation of these diverse experiences and which is not only subordinated to the rules of political and legal institutionalization, but is (along with ways of communicating it) determined by deeply-rooted, hidden ideologies and religion and culture. These are responsible for the ways in which the society perceives itself and for the interpretation of such concepts as historical truth, crime, guilt, shame, and human rights violations. Hence my study is one about the different sociological truths that surface in coping with past atrocities, about the manipulation of meanings, and the deeply-rooted stereotypes and even archetypes that are applied in reconstructing the past - and also distorting it.

Moral Moments in Social Life
My second argument is that because "truth" about the past is so wrapped up in the quotidian experiences of ordinary people (i.e. the long-term coexistence of victims and perpetrators), it is at the same time a truth about everyday opportunism, cowardice, toleration of human rights abuses as well as the civil courage of ordinary people, those unsung heroes of world history. Therefore, social reckoning with the past in the form of public debate and the institutionalization of the search for truth presents, in the words of Zygmunt Bauman, "a moral moment" in the lives of contemporary societies. The truth about past human rights violations has a transformative and even emancipatory effect: it shatters taboos and pulls back the curtain on stereotypical thinking, collective hypocrisies, and power and oppression. For the society at large it presents an opportunity for a large-scale learning process regarding its authentic identity. It reveals the "other," who is also "us," and in this way it enables people to adopt a critical stance vis-à-vis themselves and their institutions. As critical self-evaluation can be not only a humbling but a humiliating experience, a great deal of civil courage is demanded of societies undergoing this painful process - a process that is likewise essential to the development of those social sciences that have been twisted by oppressive ideologies and those social scientists who were implicated in them.

Contribution to Critical Theory
Research on the newly emerging right to truth also contributes to the development of Critical Theory as elaborated by contemporary thinkers such as Jürgen Habermas. It focuses entirely on human consciousness, morality, culture and communication in the institutionalization of the right to truth and it adds the daily-life experiences of ordinary people to the concepts of discursive truth, social communication and social emancipation. In my project I will try to enlarge Critical Theory with respect to issues of democracy and power, the rule of law, and the reconception of social identity after the collapse of oppressive regimes.

The moral fabric in contemporary societies: some remarks on the paradigm shift in sociological theory

The moral fabric in contemporary societies The annals of the International Institute of Sociology ; N.S., 9

The European constitution from the interdisciplinary perspective : promotion of unity and protection of diversity