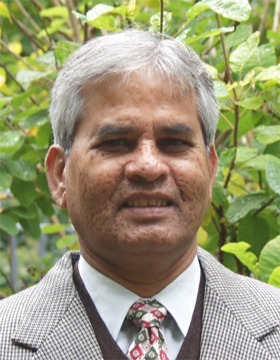 Human Rights and Protection of Minorities: A Comparative Study with Reference to India

The project examines human rights and the protection of minorities in India from a comparative perspective. The comparison will take account of the universality of human rights and minority issues. But the main focus of comparison will be on European developments, which along with national arrangements for the protection of human rights and minorities also provide for international or supranational structures and instruments through the European Convention of Human Rights and the European Union. The comparison seeks to learn from each other's experience so as to strengthen the process of realising human rights and safeguarding the interests of minorities everywhere. Though the subject matter of the project is multidimensional and multidisciplinary, it will be executed within the discipline of law.

Remarks for Other Fellows
Dear Fellows, as I read our list for the year 2002/2003, I find myself in a highly distinguished company of scholars from diverse disciplines and lands. The disciplines range from religion to mathematics to literature to archeology to fine arts to music to law and the lands range from Russia to the United States to Senegal to India. Barring a few exceptions, we Fellows represent as many disciplines and lands as our number. The very idea of being in such a company and working together for one academic year thrills. Although we are all expected to be specialists in our respective disciplines and to work on our individual projects, our specialisation and engagement with our projects should not come in the way of our interaction with one another. Such interaction need not necessarily concern our disciplines and projects. Transcending them, it could engage us in issues about the values we are knowingly or unknowingly trying to create, sustain and uphold in our lives and the society around us through our engagement in our respective disciplines and projects. Definitely, each one of us in his or her own way is engaged in making the world better than it presently is. I am sure our interactions will help us in reassessing and clarifying our broad and ultimate goals. These interactions should also reassure us of our and our work's relevance to society, so that we continue our engagement with greater vigour and determination. I look forward to spending a purposeful and happy time together at the Wissenschaftskolleg zu Berlin.

Human rights and the protection of minorities are two interrelated issues that have dominated international legal and political discourse during the last century and continue to do so even today. The discourse has moved along several sub-themes, some of which are exclusive to one or another of the two main issues while some are common to both. These two issues are also united in their underlying theme of human rights because (and despite strong opposing views) minority questions are indeed tied up with human rights. For reasons indicated below, I have decided to discuss them side by side. My concern for human rights, however, is only relevant to minorities at an abstract level, for on issues relating directly to minorities I will be entering into a detailed examination of the specific case of India in light of developments elsewhere, particularly in Europe.
Though human rights have been expressed in universal terms and their universality is commonly assumed, this has no basis in reality. People in different parts of the world have different notions of human rights and see the current universal model as a Western imposition. Asian and African countries do not find themselves in the same historical, cultural, economic and political boat as the West, and thus question the suitability of the current model. They demand a model that takes into account their concerns about human rights in light of their past and present realities. While it seems that in the West and the rest of the world the current notion of human rights is regarded as an exclusive Western possession unknown to other societies and cultures, non-Western societies are presently in search of a conception of human rights that takes not only their own experience but their religious traditions into account. I have likewise explored the Indian tradition, which is commonly seen as founded on the notion of duties rather than rights. Along with other scholars, I have arrived at the conclusion that not only does the Indian tradition support the idea of human rights but through its notion of dharma also provides a better model for their universality. Another controversy about human rights relates to the cleft between civil and political rights on the one hand and social and economic rights on the other. The developed West, especially the United States, considers social and economic rights as an extension of human rights into improper areas, whereas the rest of the developing and underdeveloped world considers such rights as the sine qua non for any meaningful human rights agenda. The place of the individual in society is yet another issue. While the Western model treats each individual as an autonomous unit entitled to rights irrespective of the social consequences, the other models, especially the Asian and African, place the individual within the societal context and assign her a group or social identity without which her rights are unimaginable and unrealizable.
This last consideration brings us to minorities. If every person is an autonomous entity, the issue of minorities and majorities is in fact no longer an issue: everyone is an individual and neither part of a minority nor a majority. Therefore, no justification exists for separate minority rights. The current model of human rights since World War II represents just such an approach to the issue of minorities. But this approach is unsuited to the kind of issues that the individual faces as member of a minority community whose civil and political rights are not the same as her counterpart in the majority community. To ensure her of equality (or at least non-discrimination) on a level with her counterpart, special consideration should be given to her as a member of the minority. While this issue is highly contentious for a number of reasons, there has indeed been a move toward the realization of the special position of minorities in society. The end of the Cold War has accelerated this move, and its impact has been clearly visible globally as well as regionally, where developments in Europe are most striking.
India is one among many countries to have recently dealt with the problem of minorities. Although India might furnish an example for those countries with similar minority problems, it is not a perfect model. I am trying to find out whether India can learn from others, especially from Europe, and perhaps contribute something in return.

Human rights in the Indian tradition : an alternative model