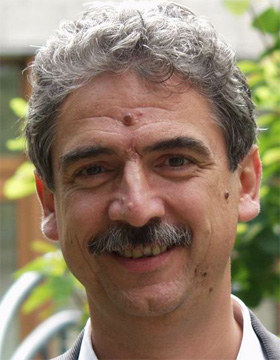 Steps Towards an Anthropology of Memory

The arts of memory of the Western intellectual tradition have been extensively explored by historians, historians of art, and historians of ideas. In sharp contrast, virtually no attention has been devoted to non-Western arts of memory. In particular, all the memory techniques linked with so-called oral traditions have been utterly neglected or taken for granted.
My project for next year at the Wissenschaftskolleg is to explore in detail a number of these iconographical techniques in a cognitively-oriented perspective. In particular, I will work on American Indian picture-writings and on the iconic representation of proper names in Papua-New Guinea.

Recommended Reading
Severi, Carlo and Michael Houseman. Naven, or The Other Self: A Relational Approach to Ritual Action. Leiden et al.: Brill, 1998.
Severi, Carlo. "The Kuna Picture-Writing. A Study in Iconography and Memory." In The Art of Being Kuna: Layers of Meaning Among the Kuna of Panama, edited by Mari Lyn Salvador, 245-273. Los Angeles: UCLA Fowler Museum of Cultural History, 1997.
-. "Cosmology, Crisis, and Paradox: on the White Spirit in the Kuna Shamanistic Tradition." In Disturbing Remains: Memory, History, and Crisis in the Twentieth Century, edited by Michael Roth and Charles G. Salas. Los Angeles: Getty Research Institute, 2001.

The anthropology of memory. A Case Study and a Research Project

Rows of small figurines, of circles, boats, flags, leaves, or flowers, accurately colored one by one, on balsa wood or on the ruled pages of school notebooks. Kuna healers and chiefs (among whom I have conducted my anthropological fieldwork) have produced images of this kind for at least a century. Like other picture-writings of the American Indians, these images have been considered with some embarrassment by Western scholars. Historians of art have found them difficult to understand in purely aesthetic terms; historians of writing have found them too pictorial to be sound vehicles of information.

As a result, we often find them exposed cryptically labeled in Museums as "drawings used as supports for memory." However, what exactly is their relation to memory? How are they actually used for memorizing? What kind of texts do they help to preserve? What indigenous notions of memory and image are involved in this technique? A drawing devoid of phonetic value is, we tend to think, a fragile, even rusty means for encoding a text. Whatever the symbolism used for transcribing words in a drawing, it will be fatally restricted to the domain of the individual. "Never mistake a drawing for a text," warned the great art historian E. Gombrich in his famous book The Sense of Order: the way to produce meaning in a sign-he felt -is totally different from that of a design. This latter should be appreciated aesthetically; a sign should be deciphered following implicit rules. As a consequence, communication through signs tends to be easy and accurate, while communication through images is difficult, always arbitrary, and inevitably vague. Faced with a document that stands midway between sign and design-we will see that in a Kuna pictogram there is more than in an "arbitrary" design and less than in a "conventional" sign-we feel uneasy.

Yet fieldwork shows that the Kuna still use these drawings for transcribing long texts, and that picture writing is an effective method of memorization, even in lieu of any phonetic representation. So how can Kuna drawings be almost as effective as writings without possessing precisely that most important property of writing systems, namely a consistent representation of the sounds of the language? How can these rather rough designs replace signs, or at least assume a similar function for the conservation of highly elaborate texts?

In my talk, I will try to show that:
1. Kuna pictography has its own internal logic, and can therefore be used as a starting point for a comparative analysis of a great number of American Indians picture-writings; and that
2. We find these designs difficult to understand not because they are arbitrary or confused, but because they contradict some of our most deeply rooted prejudices about "oral" traditions, writing, and the making of a social memory.