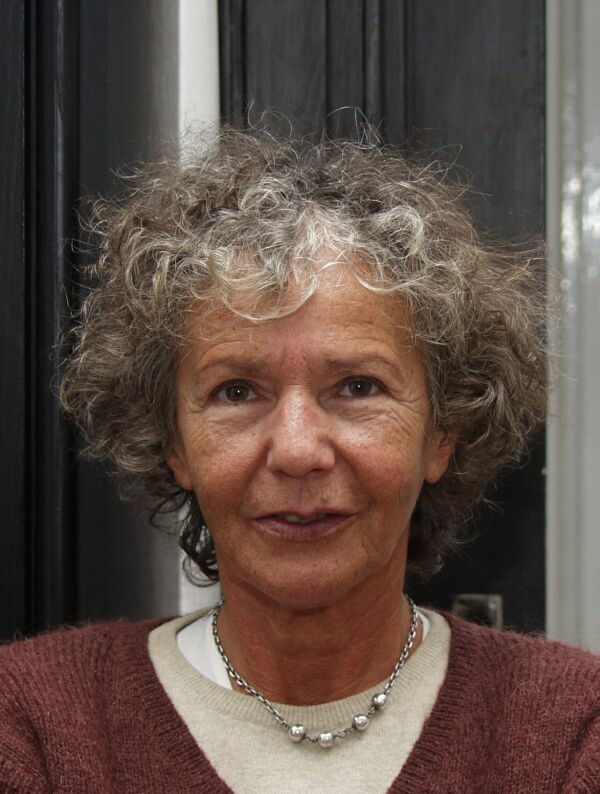 Born in 1942 in Buenos Aires, Argentina
Studied Modern Literature at the University of Buenos Aires

Biography of an Argentinian Intellectual

The project is an inquiry into the cultural history of Argentina in the past forty years. It aims to reconstruct the symbolic dimensions of events that signaled Argentina's XXth century: the development of populism as an ideology of the intellectual field; the radicalism of the sixties and seventies and its tense relations with modern art and the avant-garde; everyday life and intellectual resistance or exile during the military governments of the seventies and early eighties; the re-emergence of the public sphere and the academic field in the eighties. I intend to capture the "imaginaries" that set the conditions of the possibility of action and discourse, and that, at the same time, were reinforced by them.

Remarks for Other Fellows
I will try to compose a biography of "an Argentinian intellectual", that is to say not a man or woman singled out from the many possible, but rather a type. "An Argentinian intellectual" means, in this project, an actor of the political and cultural space, situated towards the left in various graduations according to the transformation of the political scene.
The period to be considered begins in the sixties and stretches into the eighties. In the late sixties and early seventies, a new reading of Marxism, under the sign of the structuralist versions of the Marxist canon, had substantial influence on the left of the intellectual field and on vast zones of the Christian movement. Different versions of Marxism form part of the period culture and launched artistic and literary debates. For instance, in the case of literature, the place of Borges was under discussion and he was judged very differently on the right and the left of the critical space. The history of Borges' readings are a chapter of the transformations not only of criticism, but also of the ideological scene. During the eighties, a new reading of Argentine culture took place as a revision and a correction of positions sustained in the previous decades. The democratic transition brought many changes in the articulation of the intellectual field and modified its imagination, incorporating in it, as a decisive topic, the issue of human rights, history and memory.
The aim of the project is not to construct an ideal type, in the sense that Max Weber gave to this concept, but a typical character, in the sense coined Georg Lukács, and to grasp, in concrete historical situations, the grain of a lived experience. The "intellectual" should very probably be heard in the first person.

Jorge Luis Borges: Nostalgia of Passions. Politics and Letters in Argentina of the Seventies

In the world there is a thing
That no repentance can bring.
To which man should always hold:
and that thing is being bold.
(J.L. Borges, "Milonga")

I did not fell, as many of my kindred,
In the battle.
I am that who in the vain night
Measures the syllables.
(J.L. Borges, "Tankas")

In August 1970, Borges published "The Other Duel", a short story that staged the blind passions of a violent criollo culture with an utmost profusion of blood. Its ferocity offers an obstacle to describe "The Other Duel" as a mere retelling of Borges's classical topics. The enormity of its argument, hyperbolic in its cruelty, remains at some point beyond explanation. This does not imply that an explanation should not be attempted.
There is something in "The Other Duel" that remains intractable. Although perfectly wrought, it sounds primitive. The story attracts and disconcerts because its barbaric aspect is welded into the perfect precision of the form. However its wildness, in a point, is not tamed by art. At the same time, it can only be grasped because of the artistic principle.
In May 1970, a few months before "The Other Duel" was published, the guerrilla group that was further known as Montoneros kidnapped and killed Gen. Pedro E. Aramburu, a former president of Argentina. This action was a turning point in Argentine politics. Borges and the kidnapping of Gen. Aramburu, each on its level, would define the years to come, as if they were part of two different nations forced to occupy the same time and space.
Borges was unavoidable but he was also an obstinate problem because, against the judgements that placed him exclusively in an universal perspective and declared him only a cosmopolitan modernist artist, he was a national writer. In stories like "The Other Duel", Borges explored the primitive past of a secondary nation; read in 1970, the story conveyed an uncanny acquaintance with the political violence that had been unleashed with the kidnapping and killing of Gen. Aramburu, whose authors had chosen a name, Montoneros, that came from the same past Borges had explored.
In this context, to come to terms with Borges was a challenge for a young intellectual on the left in the seventies. Borges was resisted on ideological grounds but, at the same time, secretly admired. My analysis strives to read Borges's literature, following its most violent configurations and tracing back its links to the national past where he had found the passions and the primitive virtues that he represented in many stories and poems, among them the "The Other Duel". The main lines of this analysis could be the frame of a chapter in a collective cultural biography of the Argentine seventies.