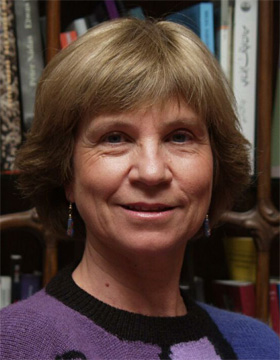 During the 19th century, violence was a constant feature in the Latin American political landscape. Argentina was no exception. That southern portion of what once was the vast Spanish empire in the Americas achieved political unity in 1853, with the passing of a constitution that established Argentina as a federal republic. This institutional setup notwithstanding, in the following decades hundreds of revolutions and rebellions of different sorts took place throughout its territory. Although these were the most obvious expressions of collective political violence, they were not the only ones, and violence, in various forms, permeated the political life of the period. My purpose is to explore these forms in order to advance an interpretation of the role of violence in the formation of the Argentine polity.

Remarks for Other Fellows
Mainstream Argentine historiography has understood revolutions and other expressions of collective political violence as unwelcome interruptions in the road that, in the second half of the 19th century, led towards the consolidation of the State and the modernization of the political life and institutions. Yet in the decades that witnessed the construction of a national polity, the development of a centralized state and the formation of a vigorous civil society, violence featured not just as the archaic reaction against modernization. In fact, it was modernization itself that introduced new forms of political violence into the scene. Although these forms eventually faded away, they left some lasting traces in the political culture of the Argentines. By the turn of the century, the State had effectively managed to concentrate the use of force and was succeeding in its claim to the monopoly of the legitimate display of violence. But the claim that the people had a right to revolt against despotism and that collective violence could be legitimate became an ingrained motif in the Argentine political tradition.
It is with these considerations in mind that I propose to study the forms of non-state political violence experienced in Argentina during the 2nd half of the 19th century. The project is still in its initial stages, although it has many points of contact with my previous research on citizenship in Latin America. In this coming enterprise, however, I have to deal with several new challenges: theoretical and historiographical, as well as ethical. I look forward to sharing some of my intellectual concerns and dilemmas with other Fellows.

Citizens in arms: the revolution of 1880 in Buenos Aires. An exercise in interpretation

During the nineteenth century, violence was a constant feature in the Latin American political landscape. Argentina was no exception. In 1853, after the passing of a constitution that proved long-lasting, that southern portion of the former vast Spanish empire in the Americas formally became a federal republic. This institutional setup notwithstanding, in the following decades hundreds of revolutions and rebellions of various sorts took place throughout its territory.
The mainstream interpretations of those revolutions have considered them anachronistic interruptions in the road that, in the second half of the nineteenth century, led toward the consolidation of the State and the modernization of the political life and institutions. In a modern polity, the use of force was to be eradicated from civil society and located exclusively in the realm of the State. From this perspective, therefore, the persistence of various forms of political violence is seen as an archaic obstacle to the progressive road leading from a traditional to a modern society, and one that was doomed to failure.
The purpose of my talk is to question this reading. I shall not, however, offer an alternative overall interpretation. Instead, I will explore the ways of political violence by focusing upon one of the main violent events of the period, the so-called "revolution" of 1880 in Buenos Aires. During that year, the confrontation between two political forces that competed for power at the national level ended up in an armed conflict, which pitted the rebel militias and volunteer corps of the province of Buenos Aires against the national army. The province was the stronghold of the political groups that, in the name of resistance to despotism, challenged the government party and its official presidential candidate. But why did they resort to military force? Why did some of the best-known and most cultivated politicians in the country lead "the people of Buenos Aires" to rebellion against the national authorities? And why did most of that population embark on such an enterprise? This talk will address these and other similar, very specific, questions and offer tentative answers, as an exercise in the interpretation of the role of violence in the political life and culture of nineteenth-century Argentina.

Political citizenship, equality, and inequalities in the formation of the Spanish American republics Working paper series ; 16,2012

The many and the few : political participation in republican Buenos Aires Política en las calles <engl.>

Agrarian capitalism and the world market : Buenos Aires in the pastoral age, 1840-1890