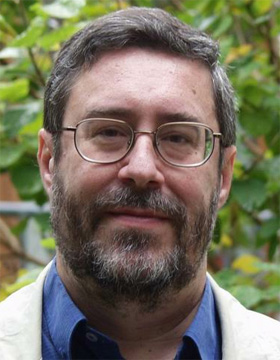 Born in 1948 in Santa Cruz de Tenerife, Tenerife, Canary Islands, Spain
Studied Medicine at the Universities of Granada and Seville

The aim of this book is to provide a topological neuromorphological analysis method for molecular biologists and other scientists needing to examine embryonic and adult brains in one or several vertebrate species. This work aims to make explicit the framework of unchanging topological relationships of the principal brain boundaries and related neuronal structures throughout morphogenesis and phylogenesis. A conspectus of the paradigms evolved in the field of neuromorphology during the last 150 years will be offered, to aid both understanding of present and older literature and recognition of a number of fundamental issues which continue to be discussed today. As an introductory text, the work should allow molecular biologists to familiarize themselves with the complex form and structure of vertebrate brains, developing intuitive views on morphogenetic developmental processes germane to genetic functional studies.

Remarks for Other Fellows
Apart from my "official" interest in brain development and evolution, I am also interested in the various approaches to the mind-body problem, learning and educational systems, arts in general and music in particular. I would be very interested in playing classical chamber music at an advanced level, being a good sight-reader at the piano; violin playing a bit rusty; also interested in musical analysis and learning to sing; have fairly good knowledge of Lied, cello and trio music as accompanist. Fluent in English and French, and acceptable German. Italian and Portuguese understood. I used to like to play ping-pong.

On How Our Brains Are Constructed According to an Intrinsic Master Plan during Development.

When we examine the huge variety of brain shapes observed among living vertebrates (fish, amphibia, reptiles, birds, mammals), we are amazed that, independent of their marked superficial differences, they all serve the same primary function: to keep these animals alive, frequently under quite different harsh environmental conditions. We humans would appear to share a good number of the detailed neural functions performed by the animals (i.e. locomotion, eating, reproducing, fighting, suffering pain and reacting to it). We all perceive subconsciously these common lines, and that's why we so easily empathize with animals; the closer they are evolutionarily to us, the stronger this feeling. This means that our brains intuit a similarity which can be subjected to scientific analysis using Darwin's evolutionary theory.

This theory posits that the variety of living vertebrates evolved from an ancestral marine chordate in different directions and through succesive divergent steps of variation and natural selection (chordates, together with the huge diversity of invertebrate animals, evolved earlier on from a eucaryote unicellular organism). There is no simple scala naturae of living beings with Man at the top, but rather a thickly branched and selectively pruned bush-like radiation. Being at the top simply means continued involvement in this business of life, each form doing the best it can to preserve itself. In the past many other initially viable forms perished and became extinct. In this scenario, aspects of brain organization and function can be explained as due to a large shared heritage from our common ancestors, much as evolution may have added novel quantitative or qualitative aspects as a reflection of random emergent phenomena (mutations) and particular selective constraints. One must also acknowledge a strong conservative effect of internal developmental constraints, in addition to the external ones posed by the world. Before you can test your procreative fitness in the world and thereby spread your genes (by means of your brain and body), you must first be born alive and take your first breath. Many don't make it this far, and others never procreate (meaning the end of that particular twiglet of life).

Comparative neuromorphological analysis over the last two hundred years or so has been able to show conclusively that, specializations apart, there is indeed a time-proven vertebrate prototype in brain anatomy and inner structure, even if its details are still subject to analysis. The initial historical predominance of German science in the field is why we still refer to this concept as the brain Bauplan, or construction plan. The Bauplan -a mental construct of scientists - refers to a particular number and variety of neural parts, arranged in a stereotyped topologically-conserved way relative to the longitudinal axis of the so-called neural tube (bilateral symmetry, with orthogonal anteroposterior and dorsoventral axes of internal pattern). In all brains there is a highly ordered structure at several levels of magnitude (brain parts, neuronal populations, neuronal appendages [fibers, dendrites] and their mutual information-bearing contacts [synapses], signaling molecules, receptors and many other molecules, types of ionic fluxes across the cell membrane, etc., down to general chemical and physical microphenomena). The different brain parts, also known as Grundbestandteile, as well as the further subdivisions nested within, unfold in a complex sequence during development, this a result of interactive and strongly buffered developmental mechanisms powered by genetic instructions (buffering processes provide resistance to random change).

The general principle is to generate spatially patterned novelty out of initial unhomogeneities in the egg. This proceeds as follows. Every time two adjacent cellular fields in the embryo become different, they interact to establish their mutual boundary, much as emerging nations do, and as a consequence cells placed closer or farther from each frontier will become subtly diverse (think of Andalusians close to Portugal, old Lusitania of the Romans, and Catalonians close to France). This leads to later differentiation of subfields, new boundaries, and so on down to individual cellular (neuronal) identity. This regionalization process applies actually to all the body organs, but in the brain it occurs in a particularly intense and varied pattern, preserved in the causal processes of the Bauplan. Vertebrate brains thus have largely the same Bestandteile, and many of the neuronal populations produced in the final subdivisions are causally "the same," even if variously modified in their number or secondary characteristics (coexistence of non-buffered or less buffered aspects of development allows novelty to enter in nonetheless). Of course there are subtle points to discuss and we cannot profess to know the ultimate Truth, particularly since we do not yet know completely any vertebrate brain (not to mention the extinct forms) and many conceivable comparisons have not yet been attempted.

Nevertheless, the massive conservativeness observed across 500-1000 million years of evolution and a wide range of species suggests strongly that the vertebrate-brain Bauplan arose as a fundamental component of the chordate body plan, and the internal constraints imposed by its intrinsic high complexity are such that it has remained essentially unchanged ever since. Thus the basic design of our brain is "the same" as that of a shark, for instance, and even more similar if we compare it with closer relatives such as reptiles or mammals. This must relate to the fact that in contrast to other bodily organs, the functional structure of brains is based on extensive and exquisitely ordered connections between its highly heterogeneous and critically positioned component cells, or what we call brain texture. While the well-tested old working model apparently can be revamped by quantitative innovations that at given stages produce emergent qualitative functional novelty (stressed last week by Georg Striedter), it seems that any major change to the Bauplan itself and its set of functionally tested connective arrangements of neurons defeats the whole effort, leading to gross malformation, abortion or congenital disease.

My research project at WIKO implies a rethinking of the technical definition of the vertebrate-brain Bauplan (how many parts and boundaries, the topological relationships, and underlying buffered developmental mechanisms) in order to provide a synthesis in book form that can be useful as a mental scaffolding for molecular researchers currently baffled by the diversity and complexity of vertebrate brains - in contrast to the commonality of genetic mechanisms. Realization of what seems constrained and what not in brain development and function may add interpretive power to the genomic approach. A perfected Bauplan of course is also central to more advanced comparative morphologic analyses of embryonic and adult brains, and will also have an impact on functional studies (physiology, psychology, comparative behavior, ethology).