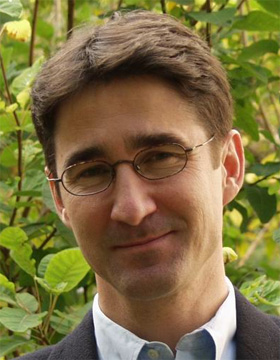 Studied Political Science at the University of Chicago

Most international standardization processes involve two key actors, Europe and the United States. In an increasingly global economy, these two players frequently agree on the need to adopt common standards but disagree on what the common solution should be. The outcomes vary greatly and this study seeks to explain why. It examines the cases of international accounting standards, food standards, product standards, and standards for telecommunications and information technologies.

Recommended Reading
Mattli, Walter. "Europe Before the Court: A Political Theory of Legal Integration." International Organization 47, no.1 (1993): 41-76 (with A. M. Burley).
-. The Logic of Regional Integration: Europe and Beyond. Cambridge University Press, 1999.
-. "Private Justice in a Global Economy: From Litigation to Arbitration." International Organization 58, no.4 (2001): 919-947.

The Political Economy of Setting International Standards in a Global Economy

Standards have become one of the most important non-tariff barriers to trade, affecting up to 80 percent of international trade according to a recent OECD study. Especially national product standards that specify design or performance characteristics of manufactured goods often inhibit trade, whereas regional and international standards increasingly also serve as instruments of trade liberalization. Consequently, the setting of international standards - seemingly technical and apolitical - is rapidly becoming an issue of great economic and political salience. Not only large and competitive corporations but also governments feel a pressing need to adopt transnational standards.
The key players in many international standards games are the United States and Europe; they frequently have an overriding preference to come to a common solution but disagree on what that standard should be. Such standards games exhibit a surprisingly wide range of outcomes. In some cases, the US wins, that is, the US model (or a model very similar to the one proposed by the Americans) is adopted as the common solution; in other cases, the European proposal dominates. There are also instances where the parties produce a true compromise standard, incorporating elements from both proposals. Another compromise solution is to agree to disagree, which leads to mutual recognition arrangements that commit each party to respect (i.e., not to discriminate against) the other's standard. Finally, the parties may fail to agree on anything, giving rise to standards battles and wars.
What explains this variation in the outcomes of international standards games? In my current book-project, I examine this question by analyzing how competing economic, political, and institutional interests shape standardization processes in different issue-areas. The cases examined are international product standards, international accounting standards, food standards, and standards for telecommunications and information technologies.
My Wiko talk will focus on international product standards, a particularly broad class of standards that plays a pivotal role in international trade. I will offer a fresh analytical approach to the study of international standards, which I call the institutional legacy approach. It accepts a fundamental premise of traditional theories, such as Realism and social network theory, namely that rule-making involves distributional conflicts aptly summarized by the "Battle of the Sexes" coordination game. In contrast to these two theories, however, I argue that frequently it is not economic might, technological prowess, or other traditional measures of power per se that determines a party's success or failure in international standards games, but certain institutional legacies: Particular institutional features of national standardization systems more or less accidentally place their members in a first- or second-mover position when standardization becomes global. I will illustrate the validity of this approach through statistical analyses of the first comprehensive set of data on standards use and standardization, collected by me and collaborators through an international online business survey.

Private justice in a global economy : From litigation to arbitration

Private justice in a global economy : from litigation to arbitration

The politics and economics of international institutional standards setting : an introduction

The logic of regional integration : Europe and beyond

The role of national courts in the process of European integration : accounting for judicial preferences and constraints