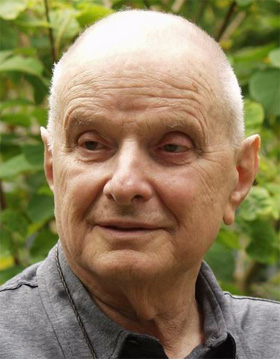 Director of the International Research Council

Roots of terrorism: Historical changes. Political/ideological causes. Ethnic and social conflicts ("objective reasons"). Is there a terrorist personality? (Psychological and biological/genetic roots of violence and aggression). The role of religious fundamentalism. The role of economic-social factors. Where does terrorism occur? Where does it not occur - the geopolitics of political violence. Changes in the character of terrorism.

There has been a considerable literature on specific terrorist groups such as, for instance, the Irish, the Anarchist and the Russian Social Revolutionaries during the 19th and 20th century on every level-by protagonists and antagonists of terrorism, monographs, biographies and autobiographies not to mention novels (such as, for instance, Dostoevski, Henry James, Josef Conrad). But the systematic study of terrorism as a general phenomenon is of recent date. It goes back to the early 1970s and until a few years ago the number of those engaged in these studies was very small indeed.

I shall deal in my presentation with some of the issues and problems with which students of terrorism were confronted.
They tried above all to describe and define terrorism and faced difficulties almost from the beginning, partly because the great differences between terrorism in different countries and cultures which made generalizations difficult or even misleading, and also the changes that took place over time in terrorist motivation, ideology, aims and strategy.

Another great obstacle was the inevitable politisation of the field. To give but one example, in the 1970s it was widely believed that terrorism was a movement of the extreme left-therefore enthusiastically welcomed by some, and emphatically rejected by others. However, the evidence both before and after has clearly shown that terrorism is not an ideology but a strategy which can be used by the extreme right and, of course nationalist and religious groups which are neither left nor right.

Why does terrorism occur? Some social scientists tried to apply models borrowed from other fields which hardly ever worked. Even those seemingly most obvious were not born out by the evidence (or born out only in part). For instance "Terrorism occurs whenever repression is strongest" (but in the most repressive regimes such as fascism and Communism there was no terrorism). "Terrorism is caused by poverty" (or relative deprivation); the evidence shows that poverty does play a role but usually not the decisive one. In the fifty poorest countries in the world there is hardly any terrorism. "Terrorism occurs whenever the claims of two ethnic groups collide." This is true in some cases (Kashmir, Palestine, Ulster, Euzkazdi-the Basque country). But the bloodiest terrorist campaigns occurred within certain countries such as Algeria, Colombia, Tadzhikistan etc, not against a background of ethnic conflict.

Other early difficulties concerned widespread resistance to accept the fact that terrorism and guerrilla were not the same thing but that basic differences exist between these two strategies. Even today there is strong reluctance with regard to the use of the term terrorism, ("one person's terrorist is another's freedom fighter") whereas "guerrilla" and other designations are thought to be acceptable. I shall deal with the reasons why.

If "objective circumstances" cannot fully account for the occurrence of terrorism, are there perhaps also other roots-an inclination towards violence and aggression? How to explain that of a certain group of people who believe with the same intensity in their cause, only a few will become terrorists whereas the others will not? Students of terrorism have shied away until recently from investigating this; in the attached article which appeared recently in the TLS I tried to point to the need to pursue this line of research. Another question which has not been addressed so far is the geopolitics of terrorism, in other words-- where does terrorism not occur even though all the prerequisites thought necessary do exist.

Lastly I shall very briefly review the achievements and shortcomings of terrorism research during the last three decades.

No end to war : terrorism in the twenty-first century