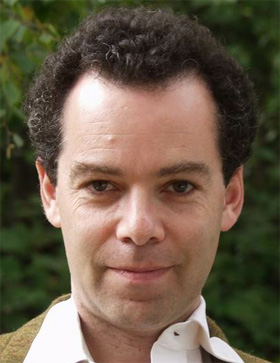 Fellow and Praelector in Philosophy

Born in London in 1960
Educated at Oxford University

The Nature of Pictorial Art

My main objective is to complete a philosophical monograph on the nature and value of pictorial art, with the title "Art and Objectivity". I also hope to pursue research in the theory of perception, knowledge and rational agency.

Remarks for Other Fellows
The nature of pictorial art has interested philosophers sporadically since Plato. The principal moments in the modern history of the subject occurred during the development of artificial perspective in the 15th century, during the revolution in optics in the 17th century and in the course of debates about the relationship between language and pictorial art in the 20th century. The theory I defend in this work is philosophical in form and purpose; but the arguments I deploy are informed by an extensive study of the history of optics, and are applied to some of the principal theoretical ideas in twentieth-century art history. My argument is guided by the idea that the concept of depiction is structurally similar to concepts of sensible qualities (e.g. colour) and concepts of value (e.g. beauty).

Where we are able to follow up an entire development of art, we find that its morphological progress is from the psychical image to the physical, i.e. to the image on the retina.
Emanuel Löwy, 1900

Perspective ... reproduces visual impressions faithfully, basing itself on the visual image built into the structure of the human eye.
Heinrich Schäfer, 1919

The painter, however, who has to render three-dimensional objects on a flat surface, that is, to reproduce a visual image appearing in the eye, and not an object existing as a real thing, had to be made familiar with a method of establishing this visual image on a general and scientific basis ... This is the purpose of the discipline which more than anything else deserves the title of a specific Renaissance achievement: perspective.
Erwin Panofsky, 1940

The stimulus pattern on the retina must of necessity allow of an infinite number of possible interpretations ... In the course of time, artists have in fact succeeded in simulating one after the other of the clues on which we mainly rely in one-eyed vision.
Ernst Gombrich, 1959

When an artist employs geometrical perspective he does not draw what he sees-he represents his retinal image.
Richard Gregory, 1966

Artists must have learned that their task was to challenge the viewer just as he is tested by the image in his own eye.
Colin Blakemore, 1977

Photographs and drawings are comprehensible to us because they more or less resemble the image of a scene as it appears on our retinas.
Irving Rock, 1984

There is nothing so plain boring as the constant repetition of assertions that are not true.
J.L. Austin, 1962

Realism and relativism in the theory of art