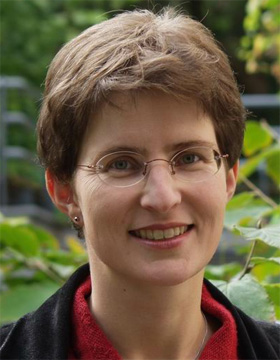 My field of interest is the management of critical situations in complex working domains. In the year at the Wiko I'll work on a theory of perception and subjective assessment of risk in critical situations. I'll try to integrate findings on decision making under uncertainty and the research on acting in complex situations. I will concentrate on the interaction of mental models and motives in risk perception and assessment. How do individuals and groups assess risks when they have to take decisions in the course of critical incidents in complex working? In which way is "risk" a part of their mental models? How do individual motives and social influences interact in this process? How can training programs for the management of critical situations be designed and evaluated that help people to adequately assess risk?
Data for theory building and the development of training sessions come from the analysis of critical situations in anaesthesia.

To Err is Human: The Psychology of Human Failure

We all know that to err is human. But why and in precisely what ways do we err? What do we learn from our mistakes? Is it our destiny to fail, or can human actions indeed be modified and their results improved? These are questions posed by psychologists, safety experts, ergonomists, system designers, etc. Failure research was first undertaken by psychologists at the beginning of the twentieth century as an approach to understanding the human mind. Of top priority in the applied sciences was the effort to improve human action, especially when it came to industry and the military.
In those first decades of research, individuals were studied (mostly in the laboratory) and a wealth of specific findings were compiled on the limits of the human mind. A major focus was human perception and basal mistakes in reasoning; motivations and emotions remained largely unexamined by the dominant psychological schools of the day. In their application, these findings eventually led to the creation of ergonomic jobs and to automation in the area of safety.
Recent research into failure has concentrated on teams and organizational structures. It has recognized that human actions are multi-determined - mistakes occur not only in relation to tasks but to social processes which in turn are influenced by organizational structures. These investigations into entire systems constitute a real advance in the area of failure research. Parallel to this development has been not only a shift in focus on individual slip-ups and their preconditions, but we are now attempting to explain more complex occurrences such as accidents from the standpoint of a multiplicity of individual errors and preconditions. Through an analysis of accidents and malfunctions, we can gain information such as how work in complex professional fields can be organized so that the probability of mistakes is lessened, their consequences minimized, and improvement fostered.
To date there is no theoretical framework allowing us a comprehensive analysis of accidents using a single agreed-upon terminology - the classification of mistakes has hitherto been restricted to cognitive mistakes in individuals. But even if such a framework is developed in the future, motivations, emotions and complex mental processes must invariably be neglected when one is pursuing proof-positive analyses that can stand as evidence in court.
The (European) research dealing with complex problems of the last twenty years has brought to light connections between thinking and motivations and emotions. Using cases from the chemical industry and anesthesiology, I will attempt to show the impact of this research on the analysis of malfunctions and accidents - even if my interpretation must remain of a somewhat speculative nature.
Knowledge about mistakes enhances our understanding of learning processes. Even if people will continue to make mistakes, the creation of complex jobs and better training methods can, with any luck, help us attain greater competence and safety.