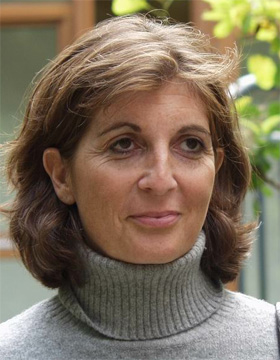 Unresolved Endings: On the Concept of Musicality in Modernist Opera

An exploration of the concept of das Musikalische or musicality as a principle of autonomy in regard to both form and expression. The book comprises a set of essays on operas of the early (High) Modern or Modernist period. In conjunction with this project I am also writing some more "purely" philosophical essays on the relations between music and politics in the modernist period.

Adorno and the 'Totentanz der Prinzipien'

A Totentanz der Prinzipien might suggest a dance in which the principles dance themselves to death, or a dance in which something dances between principles, much as human beings are traditionally said to dance their Totentanz suspended between life and death, time and space, corporeality and spirit. This talk uses the theme of the Totentanz to articulate a theory of suspension. This theory has its roots in German Idealism, in the metaphysics lying between Kant's Metaphysical Legislation of Principles and Hegel's Dialectic of Moments; sometimes the theory is referred to as die Metapyhysik des Schwebens. My talk focuses on the work of Theodor Adorno and Arnold Schoenberg, specifically on how Adorno used Schoenberg's so-called dissonant music to produce a dissonant philosophy. The dance between Adorno and Schoenberg is well known. To give it a different choreography, I interpret dissonance under the rubric of suspension. In the aged relationship between philosophy and music, the metaphorical exchange of musical and philosophical terms has always performed a most significant role. Here, I describe Adorno's argument for how music can be philosophical and philosophy musical. On one side, Adorno argued that a work, in order to preserve its enigmatic quality, suspends itself between compositional, social, and philosophical principles; on the other, that philosophy should be written not through a positive legislation of principles but rather through the musical movement of negative critique. Both arguments were deeply modernist. In both, he dialectically transformed Schoenberg's musical Totentanz of theosophical principles to produce a philosophical Totentanz of musical principles.

The quest for voice : on music, politics, and the limits of philosophy Ernest Bloch lectures

The imaginary museum of musical works : an essay in the philosophy of music