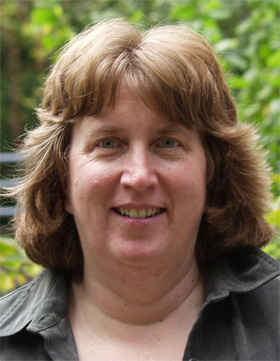 Born in 1950 in Pittsburgh, Pennsylvania
Studied Psychobiology at Oberlin College and
Brain and Cognitive Science at the MIT

I have been exploring the linkage between structure in the pattern of early vertebrate brain development and the variations of existing vertebrate brains. At the Kolleg, I will be extending this analysis to more basic events like the relationship of variation in expression of early control genes to brain variation. In addition, I will be exploring the nature of the developmental clock; though it is common to speak of extending, accelerating, or interrupting developmental schedules, little is known about what mechanism is being extended, accelerated, or interrupted. Finally, I will extend the analysis forward to look at early behavioral and cognitive development across species and at as many aspects as possible of postnatal maturation.

Remarks for Other Fellows
As the type of work I propose links molecular biology, comparative neuroanatomy, comparative behavioral analysis, allometry and anthropology, and cognition and modeling, there are few scientists I would not be eager to learn from! I look forward to many stimulating interactions.

Understanding the cerebral cortex is where all our kinds of understanding must converge. All arts and sciences, practical and emotional knowledge, personal and political history, nostalgia and anticipation, as well as all the basic mechanisms of perception and action must find residence in this 2mm thick convoluted sheet of tissue. The cortex also carries its each individual's history, and evolutionary history in itself- we share essentially the same cortical structure with all our mammalian cousins, and by inference, with our ancestors. How do we attack the task of mapping our every belief and ability onto the ancient structure of the cerebral cortex?

We have also the difficulty of using ourselves to understand ourselves. Because of that, it is particularly useful to be aware of the tactics we use to understand complex problems and relationships. Research in cognitive science shows both that we are natural namers and category-makers, and also that the act of naming and categorization can distort our perception of the underlying continuities in the phenomena we try to understand. Instances of "categorical perception" in the recognition of individual faces will be used to illustrate this point. Moreover, we routinely turn partial statistical relationships into identities, easing our cognitive load by stereotyping relationships in every domain from perceptual to social.

The cerebral cortex is a paradigmatic case of ambiguous categories. The cortex is given a single name because it has a standard internal structure and standard patterns of input and output throughout its extent. However, it is also composed of subregions, simply called "cortical areas", that are anatomically and often physiologically distinct, and which bear some relationship to separate sensory, cognitive and motor abilities. Researchers speak of "face recognition areas", "language areas", "motor planning areas" and even centers for moral judgment. Is there an actual isomorphism between our cognitive categories and cortical areas? Many kinds of information can be brought to bear on this question, and I will discuss some of them, but focus on the particular case of the evolution of cortical areas.

Animals with small brains (data are available for some insectivores, rodents, and marsupials) have few cortical areas, the very smallest having about 4-6, and animals with large brains (some primates, carnivores and cetaceans) 50 or more. Is a cortical area something that evolution can individually select on, duplicate or elaborate with the result of enhancing particular functions, or do cortical areas proliferate in a rule-like way with respect to the size of the physical substrate? The evidence I will present suggests the latter, and that the pattern of subdivision of areas may be related directly to physical constraints on the distances that neurons can "talk" to each other. The effect is "modularization" of function, that is, increasing local specificity of processing descriptions in larger brains. It is an error of our own predispositions, however, to conclude we see an isomorphism of our cognitive categories and cortical areas. It is better to think of complex functions distributed over an increasingly differentiated base.

The cortex in multidimensional space : where do cortical areas come from?

The course of human events : predicting the timing of primate neural development

Conservation of absolute foveal area in New World monkeys : a constraint on eye size and conformation

Neural development in metatherian and eutherian mammals : variation and constraint

Linked regularities in the develoment and evolution of mammalian brains

The developmental neurobiology of early vision