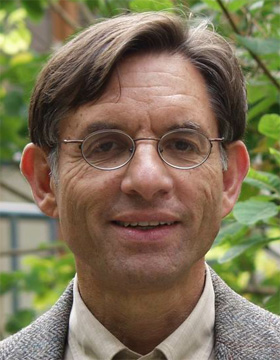 Professor of Near Eastern Studies

Born in 1943 in Boston Mass., USA
Studied History, Jewish Studies and Jewish Literature at Brandeis University,
at Columbia University and at the Jewish Theological Seminary

A study of the Jewish poor in Egypt during the 11th(13th centuries and of poor relief, based mainly on documents from the Cairo Geniza. The study also makes use of Jewish legal sources, especially Maimonides' Code, the Mishneh Torah, to form some judgments about the relationship between law and reality, between normative religion and actual practice. While filling a gap in a neglected area of Jewish social and religious history, the pair of books that will result from this research (a monograph and an anthology of selected, representative Geniza documents in translation) ( functioning as a case-study of a general phenomenon ( will also contribute to the broader subject of poverty and charity in Christendom and Islam in premodern times.

Remarks for Other Fellows
I teach medieval Jewish history at Princeton University, and my research area is the Jews in the medieval Arab world, especially the Eastern Mediterranean. I specialize in the Judaeo-Arabic and Hebrew documents from the Cairo Geniza, and I have advised dissertations on Jewish and Islamic history using this source. As part of my work, I direct a computer project known as the Princeton Geniza Project, which is creating an Internet-based, searchable database of transcriptions of historical documents from the Geniza (www.princeton.edu/~geniza).

Poverty and Charity in the Jewish Community of Medieval Egypt: The View from Cairo Geniza

Thanks in good measure to the scholarly leadership of the French historian Michel Mollat, the history of the poor has come to occupy an important place in the study of non-elites in premodern Europe, as part of the new social history-- history "from below"--to which the French Annalistes and their heirs have contributed so much. My work, which owes much to that of these scholars and which builds also on the pioneering work of S. D. Goitein on the social and economic history of the Jews in the medieval Arab world, constitutes a first attempt comprehensively to probe the actual, lived experience of the poor and the mechanics of charity in one, particularly well documented place and period of the premodern Jewish past--medieval Egypt. The principal source material are the historical documents of the Cairo Geniza.

An ancient Jewish taboo with roots in the period of the Mishna (codified 200 C.E.) and Talmud (ca. 200-500 C.E.) prohibits the destruction of pieces of sacred writing--in theory, fragments of the Bible containing God's name but in practice anything copied or printed in the Hebrew script. These papers must be buried in a geniza (the word geniza means both "burial place" and the act of "burying"). Normally, a geniza is located in a cemetery. But the Cairo Geniza was special. For various reasons (not fully understood to this day), it was situated behind a wall inside the synagogue, the so-called Ben Ezra Synagogue in Fustat (Old Cairo), which dates back to the Middle Ages and possibly even to pre-Islamic times. This had two fortunate consequences. One, the contents of this Geniza were concentrated in one space and easily accessible, once it was discovered at the end of the 19th century. Two, because Egypt is such an arid country, the pages buried there stood the test of centuries, without molding, so that even when a page is torn or riddled with holes, the ink can be read today almost as clearly as when the it was copied, as long as a thousand years ago. (I will add in parentheses what is not well known at least among western Islamicists, that the concept and practice of "geniza" exists in Islam, too, and that several Muslim "genizas" have been discovered, containing manuscripts going back hundreds of years.)

The Geniza contains around a quarter of a million discrete pages, mostly literary fragments, but also many thousands of letters and documents from everyday life. I have collected and deciphered about 450 letters, both from the poor and written on their behalf, about 315 alms-lists and registers of donations to charitable causes, about 40 legal documents and wills, a dozen or so rabbinic responsa, and a few other items, all dating from the eleventh, twelfth, and thirteenth centuries. With the aid of the powerful multilingual word processor Nota Bene I have transcribed them and indexed them and can retrieve information in Nota Bene's built-in search engine, using Hebrew characters and Boolean delimiters.

Some of my findings are as follows. I have determined through reading hundreds of letters in which the poor express their feelings about themselves that the Jewish community of medieval Egypt, existing entirely independently of the influence of European Christian society, displayed a typology of poverty similar to what the Annalistes have found for Europe. This begins with the distinction between "structural" and "conjunctural" poverty, the former designating the chronically poor, the latter, those, usually well off or at least belonging to the "working poor," who fall into temporary indigence as a result of a particular convergence of circumstances, such as illness or debt, that change their economic situation for the worse. Similarly, these unfortunates experience shame, just like the "shamefaced poor" of European societies of the late middle ages and early modern times.

I have been able, too, to develop a kind of sociological taxonomy of the poor by searching the documents, particularly the lists, for occupations that occur only on alms-lists, only on donor lists, or on both. Not surprisingly, the first group includes such people as doorkeepers, water carriers, shoemakers, gravediggers, and porters. These are the chronically poor. Naturally, lots of foreigners also appear in this group, for they were far from home and from the support that the safety-net of family offered in traditional societies. Those that I call the non-poor, who never appear as beneficiaries, only as givers, include such occupations as green grocers, salesmen of food delicacies, bakers, and millers, for people always need to buy food and so the incomes of these people stayed fairly steady. Others include, not surprisingly, the clothiers, the merchants, the brokers, the bankers, the physicians, and the government clerks.

Additional findings include minute details of the administration of poor relief, the position of women in poverty, aspects of the diet of the poor, information about the food rations and clothing they received as part of public charity from the autonomous Jewish community, and the rhetorical and exhortative strategy employed in letters of appeal, which may be favorably compared with "pauper letters" from the era of the Industrial Revolution discovered in recent years in archives of poor law administrators in England and Germany. Related to this is the whole realm of private charity, which is normally hidden from the historian's gaze. Being by nature private, it does not leave a paper trail, so-to-speak. And even if it did, we still learn much more about it from the Geniza, which preserves documents from a period for which we have nothing remotely comparable either for European or Islamic history.

Feeding the poor and clothing the naked : the Cairo Geniza

The voice of the poor in the middle ages : an anthology of documents from the Cairo Geniza

Poverty and charity in the Jewish community of Medieval Egypt Jews, Christians, and Muslims from the ancient to the modern world

Four Judaeo-Arabic petitions of the poor from the Cairo Geniza

Under crescent and cross : the Jews in the Middle Ages