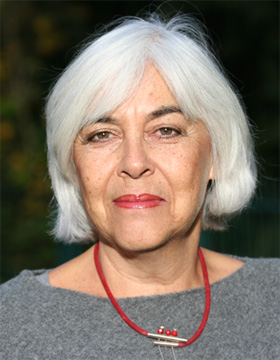 Why Do Viruses Cause Cancer? An Evolutionary Perspective

My project at the Wissenschaftskolleg zu Berlin is part of a common endeavour of a group led by Michael Hochberg that will work on the evolutionary aspects of cancer biology. My personal contribution will provide insights derived from my knowledge of the impact of the hepatitis C virus on its host cell, notably in the context of cancer initiation and progression. I plan to concentrate on issues of cellular cooperation versus competition between infected and healthy cells in the course of tumorigenesis.
Tumours can be considered complex, albeit misshapen, organs that can thrive only through extensive exchanges between tumoural and healthy cells as well as their complex stromal environment. These interactions can be analysed in the light of principles of Darwinian evolution operating through the short time of a human lifespan and the duration of the disease.
On another level, a non-negligible fraction of tumours is associated with microbial infections. This is notably true for primary liver cancer, in which close to 80% of all tumours occur against the background of viral hepatitis. It is fascinating to consider the long-term evolutionary forces that steer the physiopathology of an infectious disease into what, from the microbe's point of view, could be considered an undesirable side effect: a cancerous transformation.
My general aim is to put the question of interactions between cancer cells and their cellular and stromal surroundings into the light of the evolution of host-pathogen interactions. I shall analyse data from my own laboratory, confront them with available literature and collaborate on formal representation of the results. This research project should culminate in writing a paper on the subject.

Hibner, Urszula ( 2015)
Cancer across the tree of life : cooperation and cheating in multicellularity