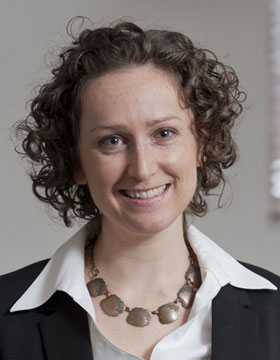 Professor of the History of Science and of Studies of Women

Born in 1980 in Washington, DC
Studied Philosophy at Columbia University and Modern Thought and Literature at Stanford University

Are sex differences like species differences? Is there a "male" and "female" genome? Can a cell have a sex? These questions are more beguiling than they may first appear. Among scientists, sex is typically conceptualized as a simple discrete variable consisting of a short list of biological components, such as chromosomes and hormones, which characterize maleness and femaleness. Feminist theories complicate conventional notions that sex is a fixed and discrete binary. They also emphasize that, in humans, "sex" is deeply entangled with "gender", so much so that the two concepts can be difficult to pry apart. Some theorists embrace the term sex/gender in a refusal to disambiguate the two. Others suggest that sex is merely gender dressed up in the authoritative language of the biological sciences.
During a year at the Wissenschaftskolleg, I hope to develop a philosophically sophisticated account of "sex" that presses beyond this divide. Through historically and philosophically sensitive analyses of the concept of "sex" as it is operationalized in particular biological research programs, I argue that the concept of sex is an indispensable one in biological research; at the same time, I understand sex as a contested theoretical construct pinned to research context and open to conceptual debate. Conceptualizing sex in this way, I argue, opens terrain for arguing for more apt and reflective uses of the concept.

The past decade has seen the rise of new scientific disciplines - such as "sex-based biology" and "gender-specific medicine" - centered on the study of sex. This project brings the critical tools of history, philosophy, and feminist studies of science to theorizing the concept of "sex" in the biomedical sciences. "Sex" in biology, like "planet" in astronomy or "species" in evolutionary theory, is a pragmatic human construct. Much like "race," however, scientific uses of "sex" also interact with the concept of sex in social ontology. As such, scientific uses carry implications for our everyday assumptions about sex and gender roles and for normative projects to bring about gender justice. Through historically and philosophically sensitive analyses of the concept of sex as it is operationalized in particular biological research programs, I develop an account of sex as a contested theoretical construct pinned to research context and open to conceptual debate. Choices about how to operationalize the concept of sex in scientific research, I argue, carry ontological, epistemological, ethical, and political implications. Offering a clear account of the concept of sex as it is diversely deployed in scientific theories and explanations in the twentieth and twenty-first century biomedical sciences, this project hopes to open terrain for arguing for more apt and reflective uses of it.

Richardson, Sarah S. ( Chicago, 2013)
Sex itself : the search for male and female in the human genome

Richardson, Sarah S. ( 2010)
Sexes, species, and genomes : why males and females are not like humans and chimpanzees