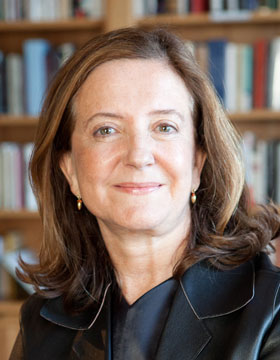 The Illness of Modern Architecture

Architecture and medicine have always been tightly interlinked. If classical theories of the Greek polis followed theories of the four humors, contemporary ideas of health organize design theories today. Architectural discourse weaves through theories of the body and brain, constructing the architect as a kind of doctor and the client as patient.
Vitruvius launched Western architectural theory in the first century BC by insisting that all architects needed to study medicine: "Healthfulness being their chief object." Just as Renaissance schools of medicine used casts of body parts, design schools used cast fragments of historical buildings for teaching, and anatomical dissection was a central part of the training.
As medical representations changed, so did architectural representations. In the twentieth century, the widespread use of X-rays made a new way of thinking about architecture possible. Modern buildings even started to look like medical images, with transparent glass walls revealing the inner secrets of the building. Indeed, modern architecture cannot be understood apart from tuberculosis. The symptoms, if not the principles, of modern architecture seem to have been taken straight out of a medical text on the disease.
Every age has its signature afflictions and each affliction has its architecture. The age of bacterial diseases gave birth to modern architecture, to white buildings detached from the "humid ground where disease breeds", as Le Corbusier put it. The discovery of antibiotics put an end to that age. In the postwar years, attention shifted to psychological problems. The architect was not seen just as a doctor but also as a psychoanalyst, the house not just as a medical device for the prevention of disease, but also as providing psychological comfort, "mental health".
The twenty-first century is the age of neurological disorders: depression, ADHD, borderline personality disorders, burnout syndrome, and allergies - the "environmentally hypersensitive" unable to live in the modern world. What is the architecture of these afflictions? What does it mean for design?

The bond between architecture and illness is as old as architectural theory in most cultures. To take the most influential Western example, in the first century BC, Vitruvius based his theory of architecture on the Greek theory of the four humors and insisted that all architects need to study medicine: "Healthfulness being their chief object." The first Renaissance school of design, the Accademia delle Arti del Disegno in Florence, founded in 1563 by Giorgio Vasari, required all students to attend anatomical dissection at the nearby Santa Maria Nuova hospital and draw bodies for days on end as they putrefied, and some students fell ill. As doctors investigated the mysterious interior of the body by cutting into and dissecting it, architects tried to understand the interior of buildings by slicing section cuts through them. As medical representations changed, so did architectural representations. In the twentieth century, the widespread use of X-rays made a new way of thinking about architecture possible. Modern buildings even started to look like medical images, with transparent glass walls revealing the inner secrets of the structure. Indeed, the architecture of the early twentieth century cannot be fully understood without grasping its relationship with disease and especially with tuberculosis, a disease for which X-rays were by chance particularly well adapted as a means of diagnosis and of monitoring treatment. The symptoms, if not the principles, of modern architecture seem to have been taken straight out of a medical text on the disease.

This lecture will focus on the intimate relationship between modern architecture and tuberculosis, which forms part of a longer study of the psychopathologies of twentieth-century architecture.

Colomina, Beatriz ( London, 2019)
Bauhaus imaginista : a school in the world

Colomina, Beatriz ( Zürich, 2016)
Are we human? : notes on an archeology of design

Colomina, Beatriz ( Barcelona [u.a.], 2010)
Clip stamp fold : the radical architecture of little magazines 196X to 197X A-Z: a mosaic image of over 1200 covers scanned during the research for clip-stamp-fold

How to Politicize Art, Technology and Popular Culture