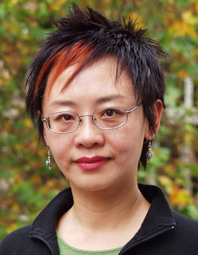 Born in 1957 in China
Studied Comparative Literature at Harvard University

Robinson Crusoe's Earthenware Pot: The Science of True Porcelain in the 18th Century

The commonplace of chinaware or white porcelain in the studies of the chinoiserie and of the birth of consumer culture brings with it the assumption that this object was solid, real, and entirely knowable to eighteenth-century consumers. But as we delve into the scientific literature of early modern Europe we are immediately confronted with a different scenario: To those who were actively engaged in the testing of kaolin and the porcelain stone, the ontology of porcelain appeared to be an open and undecided issue. My project explores the social configuration of desire, knowledge, technology, and the notion of foreignness in the 18th-century quest for "true porcelain" as European manufacturers tried to compete with their Asian counterpart on a world market. The process of identifying and determining the physical properties of white porcelain through scientific reasoning and laboratory work raises some fascinating questions about the nature of material culture and social consumption and, in particular, about the role that white porcelain played in the global and national economies. There was no corresponding concept of "true porcelain" in native Chinese discourse. The European manufacturers and scientists invented the idea of introducing a fundamental distinction between Chinese porcelain made of kaolin and petuntse (the porcelain stone) and European pottery according to a new set of scientific criteria (fusibility, vitrification, high temperature kilns, etc.). My study will demonstrate how the criteria themselves were embedded in a changing hierarchy of social values within which the material object acquired different degrees of reality and desirability to the collector, manufacturer, and average consumer.

Until a twentieth-century mathematician pointed out that the English alphabet was in need of an extra sign, no one had bothered to think that the phonetic alphabet might have been incomplete. The gaining of letter no.27 to the original alphabet, which codes "space" as an equivalent but non-phonetically marked positive sign, laid the first stone in what was to become the mathematical foundation of information theory. The peculiar evolution of alphabetical writing since the mid-twentieth century gives us a unique opportunity to test and rethink some of the new claims that have been advanced about writing or in the name of writing.

For a long time, ideography, taken as a direct transcription of an idea without the mediation of the spoken word, has been mistakenly associated with Chinese writing or its archaic scripts. But our starting point for a basic understanding of the subject is precisely not to associate ideographic inscriptions quickly with the Chinese script, for these are two very different constructs that have been brought into fortuitous analogy by misunderstanding and motivated translations. In my paper, I will examine the "ideographical alphabet" of numerals, letters, and spaces introduced by information theory and discuss the ideographical implications of the genetic code as a figure of thought. I would like to raise the following questions: What can a mathematically-enhanced alphabet tell us about the future of a generalized writing? Does it confirm the existing theories of language or throw them in doubt? What can humanists and scientists say to one another about a subject that concerns them all?

Truth and the F-Word, or: Knowledge versus Ideology? On Epistemological Uses of Feminism in the Social and Natural Sciences